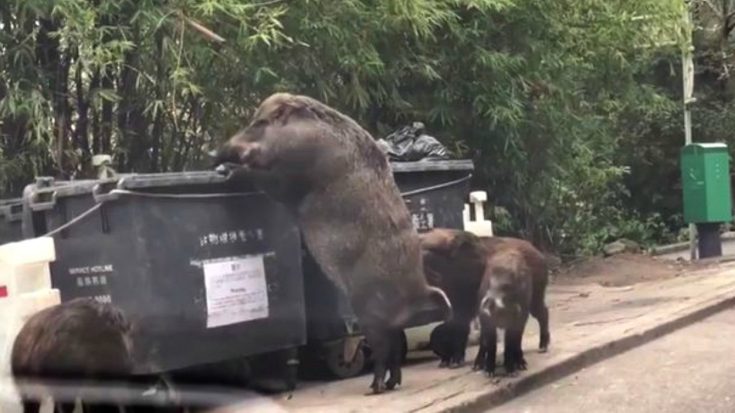 The internet has its share of animal superstars such as Big Boss, the giant brahma rooster that wowed the web last year.

But this latest discovery will have you doing a double take!

An enormous wild boar nicknamed “Pigzilla” was caught on video recently as it rummaged through some trash near a school in Hong Kong. Apparently hog sightings aren’t all that unusual in the city with some as large as 450 pounds having been reported. But, that doesn’t mean that parents weren’t shocked to see the massive beast as they dropped their children off at school

In the video, a the boar is seen standing on its hind legs as it attempts to retrieve a a bag of trash from the dumpster. Three of its offspring seem to wait patiently for their breakfast.

Watch the video of Pigzilla below and prepare to be wowed!