By Manly Bryant on March 20, 2018
Advertisement 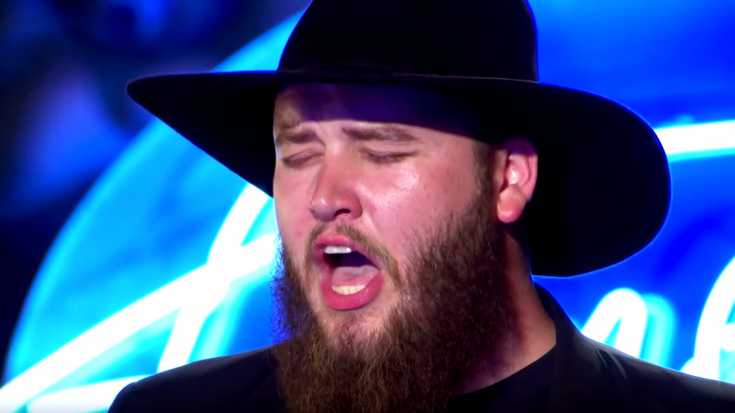 American Idol for Season 16 to welcome in a new crop of hopeful contestants, including one talented goat farmer from Oklahoma.

Trevor McBane blew the judges away with an incredible take on the Zac Brown Band‘s chilling country song, “Colder Weather.”

Shortly after McBane begins singing, expression comes over the judges as they take in each and every one of the words being sung for them.

“You know you’re not perfect, in your delivery of that stuff,” said Idol judge Luke Bryan. “But man, I’m believing ya. I think you’re as raw as we’ve seen in a good way.”

because it’s Thursday… I’m throwing it WAY back…. #tokyo #tb

After hearing each of their fellow judge’s input on the audition, it was time to vote. McBane earned a unanimous “yes”  from the superstar judges. The goat farmer earned his “Golden Ticket” and was on his way to Hollywood.

“Colder Weather” was released by the Zac Brown Band as the second single off their 2010 album You Get What You Give. The song hit No.1 on the Billboard country chart and went 2x platinum in the U.S. While the band has a series of hit songs fans adore, this has become a classic in their collection.

You get what you give. ~ Zac Brown Band

Posted by Be Happy Stay Happy on Saturday, 24 September 2011

You can watch McBane’s take on “Colder Weather” below.