By Miranda Raye on January 18, 2018
Advertisement 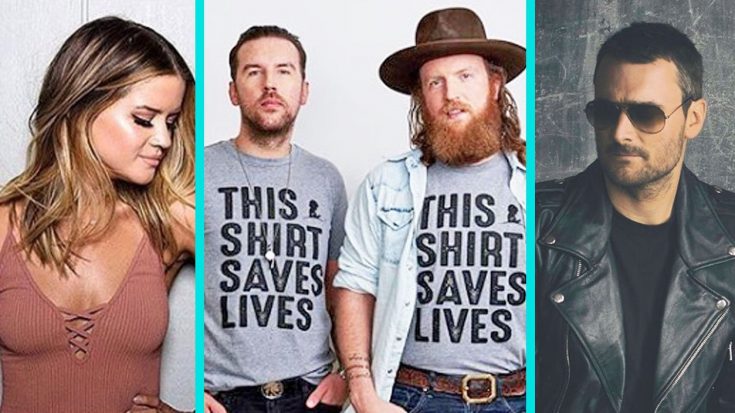 Every year, the Grammys dedicate a portion of the ceremony to artists who passed away. These tributes and in memoriam segments often come to be known as the most memorable, meaningful, and emotional moments from each ceremony.

One of this year’s tribute performances is sure to be no exception. But rather than honoring artists who passed, this particular tribute will be dedicated to the 58 people killed during the Route 91 Harvest Festival in Las Vegas.

Since the festival was a country music festival, the Grammys enlisted three country acts to perform the tribute. Not only that, but the three acts who agreed to participate all performed at Route 91 in the days before the shooting.

As announced on Thursday (January 18), Eric Church, Maren Morris, and Brothers Osborne are the three artists who will take part in the tribute to the Vegas victims. According to a post on the Recording Academy/Grammys Instagram, the tribute will not only be to the Vegas victims, but also to “the victims lost of gun violence and terrorism at various live music events over the course of the past year.“

JUST ANNOUNCED: @BrothersOsborne, @MarenMorris, and @EricChurchMusic will come together for a touching #GRAMMYs performance to honor the victims lost to gun violence and terrorism at various live music events over the course of the past year. Don't miss the 60th GRAMMY Awards on January 28 on @cbstv!

Ken Ehrlich, the executive producer of the Grammys, told The Associated Press that the artists will be singing a Grammy-winning song during their tribute. However, he didn’t name the song, saying, “We considered a number of songs. We wanted something that is universal. We wanted something that spoke to the subject, which certainly this song does.”

Following the shooting, both Church and Morris released new songs as a way of honoring those who were killed. Morris’ song “Dear Hate,” was one she actually wrote years before, but waited to release until she felt the time was right. Church’s song “Why Not Me,” was one he wrote following the shooting. He debuted the song during an emotional appearance at the Grand Ole Opry days later.

Although several months have passed, Church can’t stop thinking about those we lost during the Vegas shooting. As he told The Associated Press, “In all honesty, there’s not a day that goes by since that day that I have not thought of it and thought of the people and the victims.”

Knowing how devastated Church, Morris, and Brothers Osborne were after the shooting, we know that they will give their Grammys tribute their all. You can watch them perform their tribute to the 58 victims when the Grammys air on CBS on January 28.