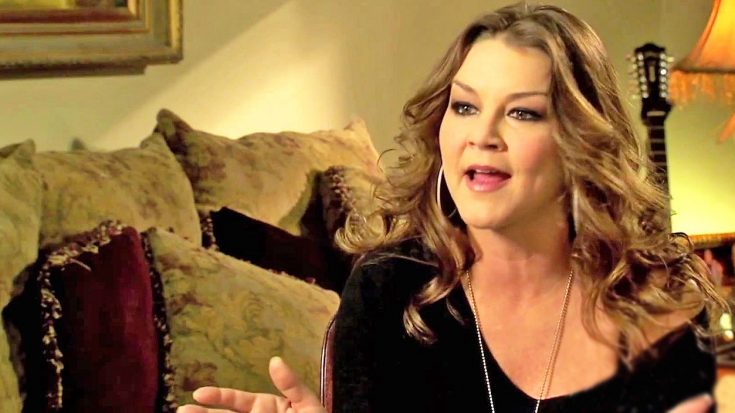 Gretchen Wilson skyrocketed to fame 13 years ago following the release of her rowdy smash hit “Redneck Woman.” The song maintained a top position on the charts for five weeks and went on to earn her a Grammy for “Best Female Country Vocal Performance.” Her massive debut in the music scene paved the way for a trailblazing career that the country singer admittedly wasn’t ready for.

“I spent my whole life looking for that moment, but as prepared as I thought I was, I wasn’t,” Wilson told The Boot. “It happened so fast. I had a major label deal at the time, and I think that they thought that I was the next Shania Twain.”

The twelve years that followed her impressive debut album, Here for the Party, was a string of nonstop tour dates, hotels rooms, international airplane tickets, and no time spent alone. The high-octane lifestyle turned out to be just a little too much to handle for the small town girl from Pocahontas, Illinois, a town with a population of 800 people.

“I feel like everything got wore out, not just vocally, but I, just physically, got wore out, and I needed a little time off,” Wilson continued. “How fortunate am I? Not too many people get to go, ‘I’m going to stay home with my kid for two years’ — not a lot of people get to do that — so I feel very fortunate that I got to do that. But that time gave me the want-to to get creative, too … It gave me time to think.”

After a three year break from music, the 43-year-old country singer is ready to jump back into touring. While the “Redneck Woman” admits getting back into the thick of it might be “scary,” she’s ready to do just that.

You can listen to the lead single “Rowdy” off Wilson’s forthcoming album below.