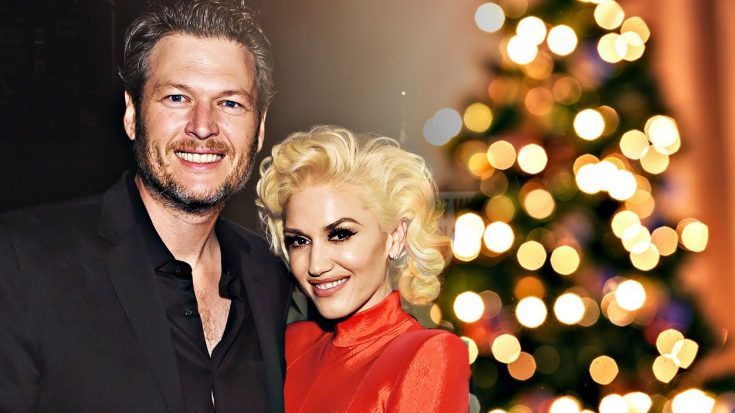 This upbeat and catchy Christmas tune is finally hitting shelves just in time for the upcoming holiday season and it marks the second collaboration from country crooner Blake Shelton and his longtime girlfriend, Gwen Stefani.

Stefani and Shelton have already dropped one duet since coming forward as an official couple and that song, “Go Ahead and Break My Heart,” was a hit on country charts and was released as a single from his most recent album, If I’m Honest.

Now, Stefani is getting ready to launch her full-length Christmas album, and the pair have put their heads together for an entirely new Christmas song that will be released as the first single.

“You Make It Feel Like Christmas” is both the title track and first single to hit radio stations ahead of the album’s October 6th, 2017 release date and was written by Stefani, Shelton, famous Nashville producer busbee, and Justin Tranter.

She also included a short clip of the duet as a video to the post and we are certain this is going to be a song y’all will be hearing a lot on the radio this holiday season.

Check out this brand new duet from Gwen Stefani and Blake Shelton below and let us know what you think about it in the comments!