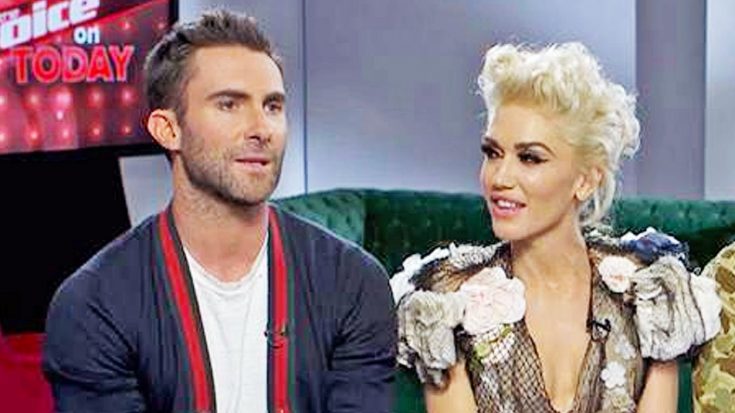 Anyone who has ever watched The Voice knows that coaches Blake Shelton and Adam Levine love to get under each other’s skin. The two constantly tease one another and bicker back and forth on the show, but they’re still friends in the end.

When the cameras aren’t rolling, Shelton and Levine like to mess with one another on Twitter. In the past, Shelton has taken to the social media platform to express his dislike of whatever Levine’s current hairstyle may be. He’s gone so far as to compare Levine’s hair to unicorn poop back when it was dyed pink!

But two can play this game…and Levine got back at Shelton for all of his past jokes with one of his own. On November 6, Levine posted a photo of a much younger Shelton, showing him with glasses and a big grin. After discovering such a priceless photo, Levine just had to share it with the world, writing that he wanted to “punch young Blake Shelton’s face so hard.”

When Shelton’s girlfriend and fellow Voice coach Gwen Stefani stumbled across Levine’s tweet, she gave him a piece of her mind. Coming to her boyfriend’s defense, she fired back at Levine, calling him “dumb” followed with a series of emojis.

We’re sure that Stefani wasn’t actually angry at Levine, since all of the Voice coaches have become good friends over the course of their time on the show.

While Stefani isn’t a coach this season, she will be returning for the next one. We’re sure that between her, Levine, and Shelton, there will be plenty of funny moments to watch. Tune in below to watch some of their hysterical moments from a past season!