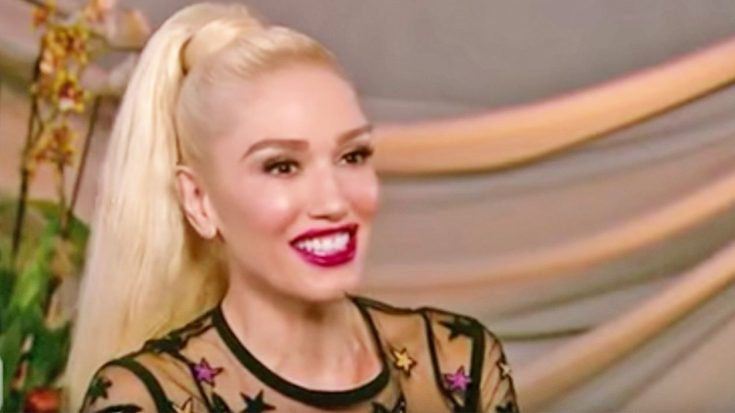 Following the announcement Alicia Keys and newcomer Kelly Clarkson would act as coaches on Season 14 of NBC’s The Voice alongside veteran coaches Blake Shelton and Adam Levine, many fans of the singing series were left wondering what lies ahead for Gwen Stefani, who has yet to sign on for a fourth season.

“We’re dying to know when you’re going to be on ‘The Voice’ again,” reporter for Entertainment Tonight asked the popstar.

“Me too!” Stefani quickly responded. “I think people need to like write notes to NBC and like beg them to let me come back,” she said before continuing, “I love that show so much.”

Stefani also went on to explain how she felt her time acting as a coach on The Voice helped her in the process of producing her Christmas album, You Make It Feel Like Christmas, due to the nature of the show and how it shines a light on how difficult it can be to make a cover your own.

Stefani famously met boyfriend Blake Shelton when she joined the cast of Season 7 of NBC’s hit competition series, the country singer even joining her for swoon-worthy duet “You Make It Feel Like Christmas” for her festive album.

You can watch the interview below.