When Hank Jr. Asks The Audience ‘Why Do You Drink?’…They Lose It 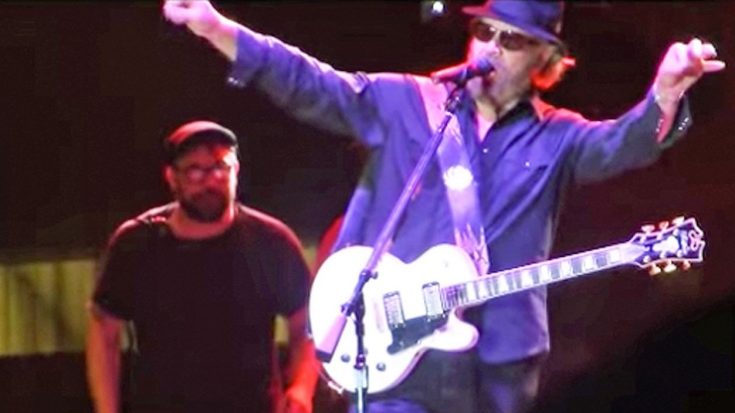 Starting off his performance with a face-melting guitar solo, Hank Williams Jr. already had his audience in the palm of his hands before he even started singing.

He played a few different melodies to rock songs before jumping on the mic to say, “You know, there’s only one thing you gotta really remember.” He immediately sang the lyrics “Country music singers have always been a real close family,” which as y’all know are the opening lyrics to his legendary tune “Family Tradition”.

The crowd went wild knowing Hank Jr. was about to sing one of his signature songs. They started singing along right away, prompting Bocephus to lead them like a conductor.

When it came to the chorus, Hank Jr. asked the crowd, “Why do you drink?” and they responded with, “To get drunk!” but they were so enthusiastic about it, Hank Jr. let them sing the whole first chorus!

He let the audience help him with a lot of the song, and he was smiling from ear to ear. This is an all around incredible performance from Rowdy Randall, who shared the spotlight with the people who love his music the most – his dedicated fans.

Watch the performance below!