By Manly Bryant on April 15, 2018
Advertisement 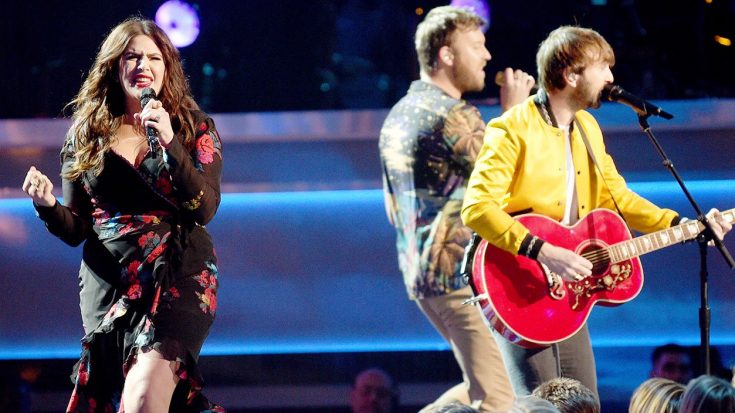 A huge group in country music and one of the most-awarded trios to ever strike the Academy of Country Music stage – has just debuted their riveting new song for everyone to hear…even though their album came out a while ago.

Lady Antebellum brought their incredible song, “Heart Break” to the 2018 ACM Awards with fire and flavor – a stunning new twist for the often toned-down ballads that often dominate at this beloved country show.

Lady A, who released their album of the same name on June 9th, 2017, were finally able to perform their title track and second single at the cherished ACM Awards in 2018 – a sight the whole world was waiting to see!

This group, which recently lost their lead drummer (and husband of Hillary Scott) so that he could stay home and be a full-time dad to their three daughters – seems to be doing just fine, and taking on the shows like nothing has changed.

Check out their video for “Heart Break” below and tell us what you think in the comments!