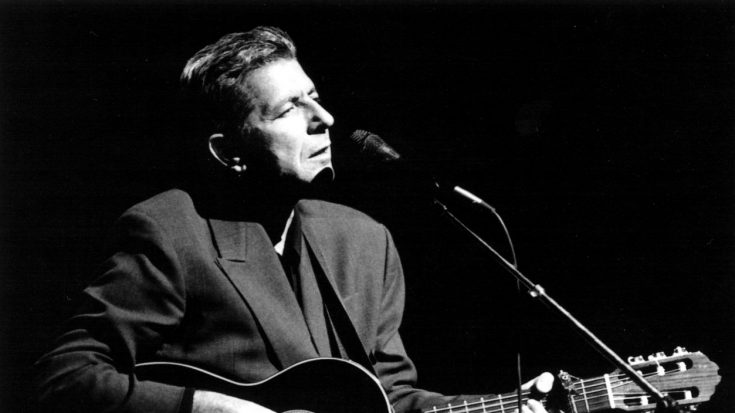 The music world was rocked last week with the new of songwriter Leonard Cohen’s death. The 82-year old “Hallelujah” writer’s health had been failing in recent months and The New Yorker reported that Cohen had been battling cancer. But, until now, no cause of death had been released for Cohen.

On Wednesday, heartbreaking details of Leonard Cohen’s death were released by his manager, Robert B. Kory.

“Leonard Cohen died during his sleep following a fall in the middle of the night on Nov. 7,” Mr. Kory said in a statement. “The death was sudden, unexpected and peaceful.”

It has been reported that in the months prior to his death Cohen worked diligently through back pain and other ailments to complete projects including a book of poetry and two other musical projects.

“He felt the window getting narrower,” Patrick Leonard, producer, songwriter and close friend of Cohen said. “He wanted to use the time as productively as he could to finish the work that he was so good at and so devoted to.”

Leonard Cohen was known for his slow, thorough work pace. In fact, it took him five years to write his most famous song, “Hallelujah.” But, in recent years, the songwriter had picked up his pace. Between 2008 and 2013 Cohen fulfilled a heavy tour schedule and released three studio albums in the last four years.

At the time of his death, Cohen and Leonard were working on “an album of string arrangements of his songs and another of songs that he said were inspired by old rhythm-and-blues grooves,” according to the New York Times.

It is unknown at this time whether that album will be released.