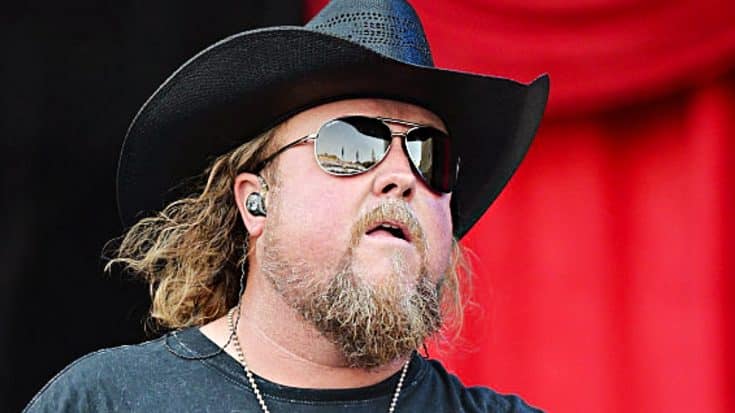 If anyone is known as the face of the “country rap” movement, it would be Colt Ford. The 47-year-old artist has charted a number of hit singles, many of which were collaborations.

Over the years, Colt has recorded tracks with everyone from John Michael Montgomery to Craig Morgan. In addition to his work as an artist, he’s also an accomplished songwriter, perhaps best known for co-writing Jason Aldean‘s “Dirt Road Anthem.”

The road to country stardom wasn’t the one that Ford initially followed in life. Born and raised in Athens, Georgia, (his real name is Jason Farris Brown), Colt was a professional golfer. But he eventually tossed his clubs aside and exchanged them for a microphone.

All throughout his journey, Colt had the support of his family behind him. Because of this, Colt seems to have developed a strong sense of love and appreciation for his relatives.

Then on Wednesday (June 27), Colt was hit was a dose of bad news…one of his family members had passed away at 1:30 that morning.

A heartbroken Colt took to Twitter to share the news that his beloved uncle Cornelius had passed away. He then went on to describe the type of person his uncle was, and you can tell just how much respect he had for him.

All About Uncle Cornelius

Although Colt only had a few words to say about his uncle, those words perfectly showcased how much he meant to him. As he wrote, “He was a Unique and Special Guy.”

Colt also shared a photo of his father, his aunt Ruth, and uncle Cornelius together, all three of them flashing bright smiles at the camera. He praised each one of them, writing, “They all 3 have always been givers.”

Uncle Cornelius, who is the man sitting in the wheelchair in the photo, would have turned 94 next month.

My Uncle Cornelius passed away at 1:30 this morning. He was a Unique and Special Guy. He is here in the wheelchair with My Dad and Aunt Ruth. They all 3 have always been givers doing more for others than than self. I Love you Uncle C he would have been 94 next month. Rest Easy pic.twitter.com/SMDKthFYzx

Our hearts go out to Colt and his entire family as they mourn the loss of Cornelius. May he rest in peace.