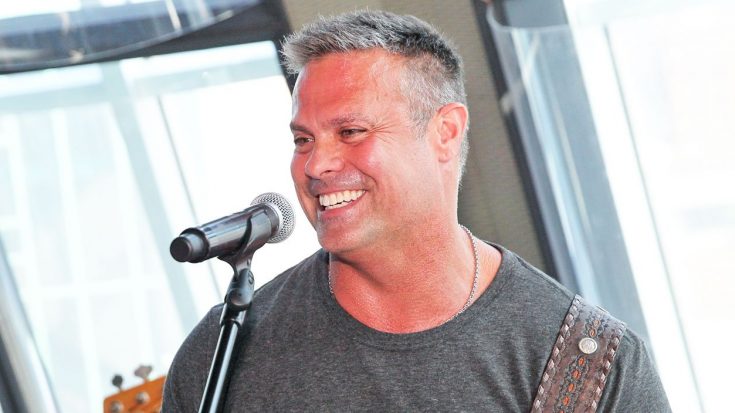 The country music community is currently in mourning following the tragic death of Troy Gentry, one half of the popular country duo Montgomery Gentry.

On Friday (September 8), reports started circulating that the duo’s show at the Flying W Airport & Resort had been canceled following a helicopter crash. Later, Montgomery Gentry’s official Twitter confirmed the sad news that Troy passed away following the crash.

Once the news was confirmed, country stars flocked to social media to express their grief. Many artists had the chance to work with Troy over the years, others looked up to him, and many considered him a friend.

Sad about Don Williams but Troy Gentry was my friend. I had great times with him. I’m stunned, angry and upset at the moment. I’ll miss you.

My heart is broken! Troy Gentry was a dear friend! My love and sympathy to Angie and his family at this tragic time. pic.twitter.com/JZOTsYlme6

Sad day for country music. Troy Gentry and Don Williams have passed and that makes my heart hurt. Don was my hero and Troy was my friend

The world changed today. Country music lost both a Friend and a Hero. Troy Gentry and Don Williams, you both will be dearly missed..

God bless you Troy Gentry. Heartbroken and in disbelief.

I’m speechless. Pray with me for the family of Don Williams & especially the family of Troy Gentry. It’s a heavy day for country music.??✝️

sad about Troy Gentry’s death. I’ll never forget his voice, the great guy he was or the music he made. something to be proud of. #RIP pic.twitter.com/VmW4X80f1h

Troy Gentry is someone I considered a friend, and we are all absolutely numb right now. Sending love to his wife Angie and their children.

2 legends lost at once. Troy Gentry and Don Williams will be missed so much. Praying for their families and may they rest in peace.

We are absolutely heartbroken over the passing of #Opry Member Troy Gentry. Our thoughts and prayers are with his family and friends. pic.twitter.com/sNK8rFl7UV

Just heard about Troy Gentry… I literally have no words. Have known him for years and played so many shows with him and Eddie… #prayers

Just heard the tragic news bout Troy…he’s one of the good ones…pls pray for his family and friends..tough days but God is there always??

Shocked and saddened by the sudden, tragic loss of Troy today. He was a friend and a good man. Prayers go out to his precious family. pic.twitter.com/1u8d4rerE9

I remember the night I got to tell Troy and Eddie they were going to become members of the Grand Ol Opry. So sad pic.twitter.com/StvpT9DxYP

Sad day in country music. Don Williams and Troy gentry will be missed. In shock. Thoughts and prayers to the family of a hero and a buddy. ?

Devastated to hear the news. Troy, thank you for your kindness, your spirit, your joy and the love you shared with everyone you met. pic.twitter.com/eTm76cZkb8

It is with great sadness and a very heavy heart to hear of the death of my long time friend Troy Gentry,

Found this picture of me and my old friend Troy a few days ago.. I am heart broken. pic.twitter.com/J3mT86DIaa

Our prayers go out to Troy’s family, his bandmate Eddie Montgomery, and all of his friends. May he rest in peace.