By Manly Bryant on February 23, 2018
Advertisement 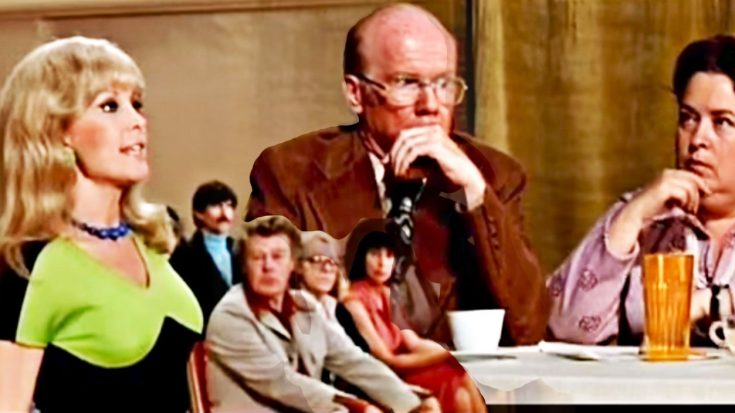 Watch this sassy and smart mother take on her child’s own PTA association in a moment that addresses hypocrisy during the late ’70s when that was a common theme folks were fed up with.

Portrayed by the legendary actress, Barbara Eden, this widowed single mother is just trying to make a living and enjoy her life while providing for her child, but when the members on the local high school’s PTA board start talking about her, she decides to put them in their place.

Inspired by Jeannie C. Riley‘s iconic song of the same name, Harper Valley PTA, was a great success across the nation and drew a re-release of Riley’s hit single.

Both the movie and the song tell the same story, but when you see the scene played out on screen while listening to the full recording play in the background – it comes together like you’ve never seen before!

How the song came to be is a tale of pure fate and it all happened one Friday night in 1968. Riley closed up shop at work and headed over to the recording studio where her producer had picked out a song that he thought was “perfect” for her voice. That song was “Harper Valley PTA”.

After 15 minutes of recording in the studio, Riley had cut the first tape of what would soon be her signature song and a major hit across the nation. Before she knew it, her song would be playing everywhere and millions of people would know her name.

Watch this stunning clip from the movie, Harper Valley PTA, that shows her entire song acted out as it plays in the background! It’s sure to bring the memories flooding back!