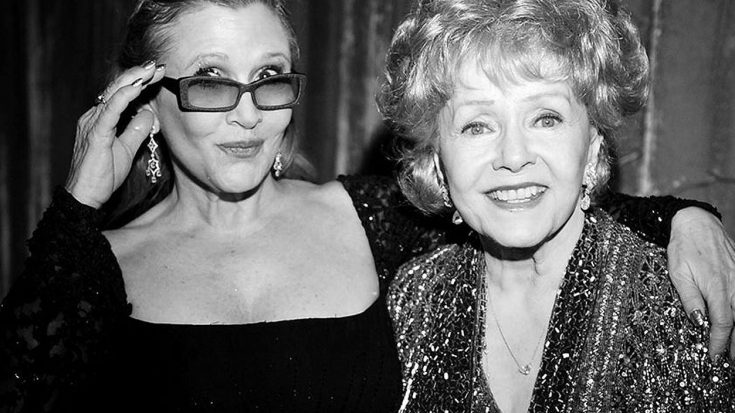 Hours after she was rushed to the hospital following a possible stroke, TMZ has reported that Debbie Reynolds has passed away at the age of 84.

911 was called on Wednesday (Dec. 28) to her son Todd’s Beverly Hills home, where she was to talk about funeral arrangement for her daughter, Carrie Fisher, who had passed away the day before.

An accomplished singer, dancer, and actress, Reynolds was a true triple threat and appeared in countless movies including Singin’ In The Rain, Tammy and the Bachelor, The Rat Race, How The West Was Won, and How Sweet It Is to name a few.

Although some media outlets are saying she passed away from a broken heart, as Fisher’s death devastated her, TMZ reports that according to her son, Todd, her passing is the result of a stroke.

We are sending lots of prayers to Reynolds’ family.