By Manly Bryant on March 14, 2018
Advertisement 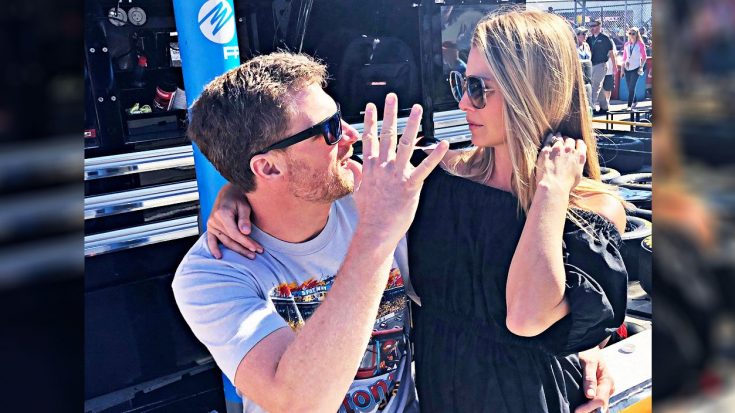 NASCAR’s longtime most-popular driver has taken up a new job in the broadcast booth – and along with it comes a whole new set of rules and responsibilities.

Teaching my babes how to Texas

Dale Earnhardt Jr. officially announced his retirement from the NASCAR Cup Series in April 2017, but in the time since he has certainly found his calling in other areas. Mainly, he’s been broadcasting for NASCAR and appearing as an expert, but he also took on a role as part of NBC’s 2018 Winter Olympics programming.

Now, as he returns to the trackside broadcast booth, Dale Jr. is finding out what he can and can’t do on camera…sometimes, the hard way!

Thankfully for him, there are a multitude of people around that have his back. Take his wife, Amy, for example. She prevented her doting husband from committing a horrible mistake on-air just moments before disaster.

Speaking in his Dale Jr. Download podcast, the former driver opened up about just how quick of an eye Amy has – and how she saved him from this big no-no.

Honestly never really thought any of this would be part of my life! Dale, motherhood, yada yada…how blessed am I?!

Both Dale Jr. and Steve Letarte chuckle at the idea with Letarte exclaiming, “Why would you think that’s acceptable? Who have you ever seen in the broadcast booth in a sweatshirt!?”

“And Amy’s like ‘You’re not wearing that. No way,'” he continued. “I don’t know why I thought that would be okay, but I did. And she said ‘You’re not gonna wear it.'”

Can you imagine Dale Jr. showing up on national television in just a hoodie? That Talladega broadcast might’ve looked quite a bit different!