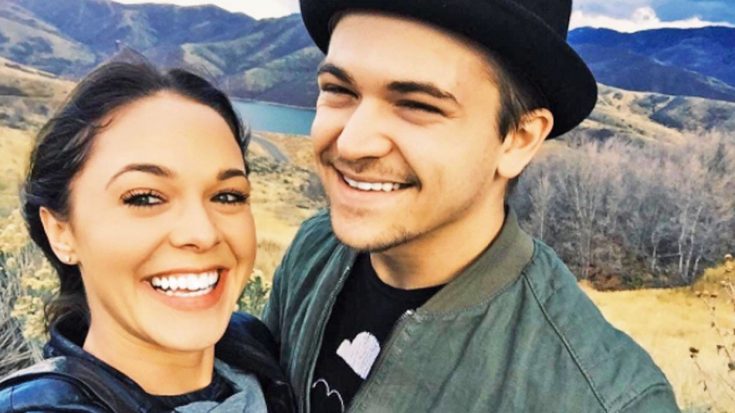 Is Hunter Hayes headed to the altar? The country singer is finally setting the record straight on the status of his relationship with longtime girlfriend, Libby Barnes.

The 25-year-old singer first introduced fans to Barnes back in 2014 when he brought her as his date to the CMA Awards. Over two years and multiple awe-inspiring country songs later, fans are in a frenzy wondering whether or not wedding bells are in Hayes’ future. In an interview with PEOPLE, the country singer spilled whether he and Barnes are rushing off to a little white church anytime soon.

“I think everybody has their own schedule,” he said according to PEOPLE. “Rush is never a good word for anything, but I know my heart’s happy, and I hope she’s as happy as I am.”

While it doesn’t sound like we can expect to see Barnes in a wedding dress anytime soon, the adorable couple seem more in love than ever. So how do they keep their relationship strong despite Hayes being constantly in the spotlight?

“Oh man, for me, making time… and communication,” Hunter shared. “Everyone talks about communication, but like being super clear, super upfront. We just promised to each other that we’re gonna make time and commit to being with each other.”

The country singer thrilled fans with the recent release of his latest single “Yesterday’s Song.” Hayes shared the inspiration behind the song was about moving forward from bad phases in your life and that moment you realize it’s time to “move on.”

You can hear “Yesterday’s Song” below!