By Miranda Raye on April 19, 2017
Advertisement 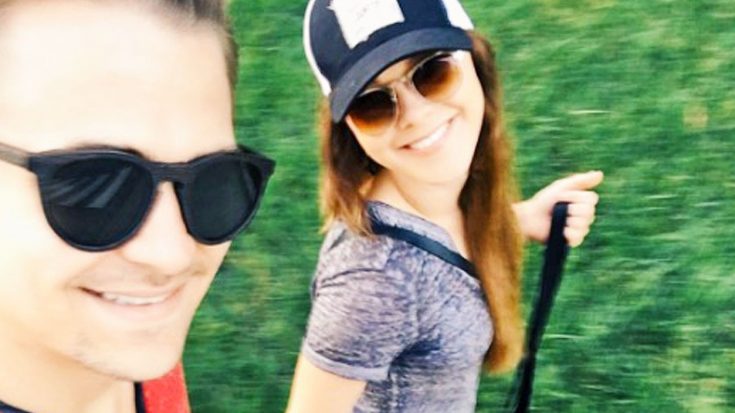 Back in February 2015, Hayes and his girlfriend Libby Barnes became the proud pet parents of a retired racing greyhound named Cole. The couple rescued Cole from the shelter, and he fit in right away. Hayes frequently shares photos of Cole on social media, and fans can never seem to get enough of them.

I think Cole approves of the new bus. So I guess now it's a greyhound bus?

Now, Hayes and Barnes have decided to grow their family. As Hayes revealed to CMT, the two of them recently adopted another rescue dog!

The newest addition to the couple’s brood is a sweet whippet/beagle mix named Ella. Hayes shared how happy they are to have Ella as a part of their family, saying she should be a good companion on tour.

“We met her and she ran right into our hearts,” he said. “She’s just the sweetest. She’s going to make a good bus dog as well. She’s a lot more active than Cole—like a lot—but it’ll be very entertaining.“

Hayes finally introduced Ella to his fans on Tuesday (April 18). He shared a photo of his new canine companion enjoying a cruise with him in the car, writing that it was “the only picture of her sitting still I might ever have!“

Dear @proverbs1210animalrescue, thank you for this little adventurer. Everybody meet Ella! And here is the only picture of her sitting still I might ever have!

Barnes also shared a photo of Cole bonding with his new sister. That’s a cute pair of pups right there!

Isn’t Ella a sweetheart? Knowing how much Hayes and Barnes love Cole, we know they’re going to be great pet parents to Ella!

Tune in below to catch the video that Hayes shared back in 2015 when he first introduced Cole to his fans. It was clear from the start that the two were destined to be best friends!