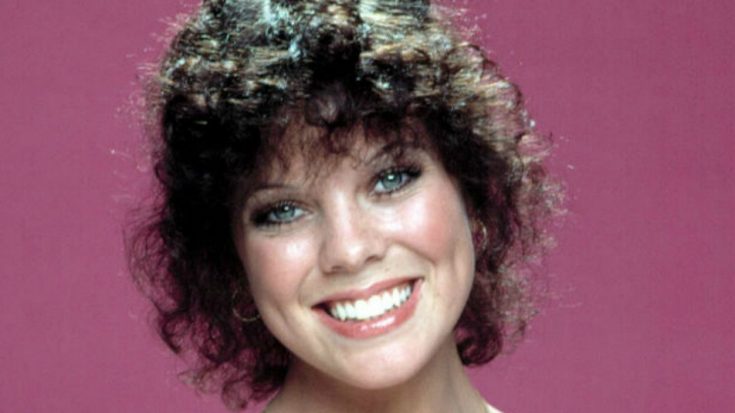 As the world grieves the heartbreaking death of Happy Days star Erin Moran, rumor have swirled regarding the cause of her death and the circumstances surrounding it. It was confirmed that the actress died after a brief battle with Stage 4 cancer.

According to Moran’s closest friends, very few people knew that she was fighting the deadly disease.

“She kept very quiet. We all kept quiet too, out of respect for Erin. She couldn’t speak, but her texts were very [positive].” Moran’s Happy Days costar and longtime friend Anson Williams told PEOPLE.  “She was having treatment for throat cancer, so I was contacting her husband and her and she seemed to be fighting it, really doing well. I was just shocked when I got the call she had passed. I had no idea it was that bad.”

As speculation mounted regarding Moran’s untimely death, her widower, Steven Fleischmann, took to Facebook to share a detailed account of his wife’s cancer diagnosis and final days.

According to Fleischmann, Moran was diagnosed with squamous cell carcinoma in December and began chemotherapy and radiation treatments shortly after.

“Five days a week radiation and chemo only on Thursdays. We did that the whole time. It got so bad so fast,” Moran’s husband wrote. “By the middle of February, Erin could no longer speak or eat or drink.”

The actress was fed via a feeding tube 6 to 8 times a day. Her husband claims that she remained happy and active until the end.

Read the full letter below.

She was feeling fine on our anniversary 11-23-2016. Maybe four or five days after we got back Erin woke up and had about a dime size blood stain on her pillowcase. She said I think i bit my tongue. A couple days go by and there’s a bigger spot of blood. We get like 4 days into December, there’s more blood. I get a flashlight and say let me look.

It was not her tongue it was her tonsil on the left side. I thought it was tonsillitis. So we went to an ENT who said they wanted to biopsy it. It came back squamous cell carcinoma. She started radiation and chemo. Five days a week radiation and chemo only on Thursdays. We did that the whole time. It got so bad so fast.

By the middle of February, Erin could no longer speak or eat or drink. She had a feeding tube implant and i feed her 6 to 8 times a day. She was still happy, she was active, she texted people on her phone all day. On the 21st she was having trouble breathing. She woke up on the 22nd, she was not 100%. She needed Kleenex, so i went to the store and came back. She was there watching T.V in bed. I laid down next to her held her right hand in my left. I feel asleep woke up about a hour later still holding her hand and she was gone, she was just gone.. Norton Cancer Institute never said how bad it was.. The coroner told me it was really really bad. It had spread to her spleen, she had alot of fluid in her lungs and part of her brain was infected. The coroner said even if she was in the hospital being pumped full of antibiotics she still would not of made it. He said it was the best that she was with me and went in her sleep.

PLEASE feel free to send the above to Any and ALL news outlets The press has been relentless. they knock on the door constantly. Thank you Harrison County Sheriff’s I Called last night and they came out ran them off got up this morning they were all back sheriffs ran them all off again. the last time two cop cars ran off the last ones right before it got dark. we will see what tomorrow brings….

Anson Williams said it best when he said, “Even though she’s gone, she will always be on that TV making someone smile. She does leave a legacy of good feelings and light for anyone that watches her.”

Our prayers continue to be with Erin Moran’s family and friends.