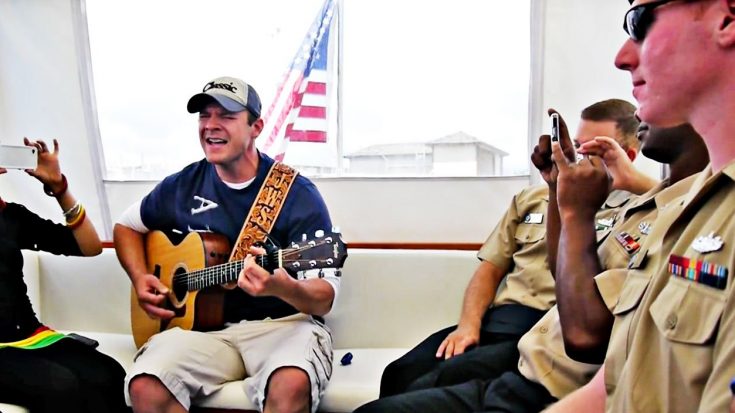 This talented cowboy who stole hearts on American Idol sits down with the troops for a heartfelt and beautiful performance of Toby Keith‘s timeless tribute to our service members, “American Soldier.”

John Wayne Shulz is a talented cowboy straight from the farm, but when he earned his own ticket to Hollywood on American Idol,  many started to see him as the incredible performer he is.

While he didn’t make it into the finals, Shulz still has gone on to perform around the world and dazzle audiences, but in this stunning moment, he sits down with members of our armed forces and plays a tribute to thank them for all they’ve given.

Pouring his heart and soul into Keith’s 2003 gentle, yet powerful song, Shulz strums the guitar almost effortlessly, letting each and every note he sings ring out with true emotion.

As the service members watch him perform, they pull out their cell phones and cameras to capture this timeless moment at Pearl Harbor.

Watch John Wayne Shulz’s cover of “American Soldier” in the video below.