Is The Future Of ‘American Idol’ In Jeopardy?

By Miranda Raye on April 5, 2018
Advertisement 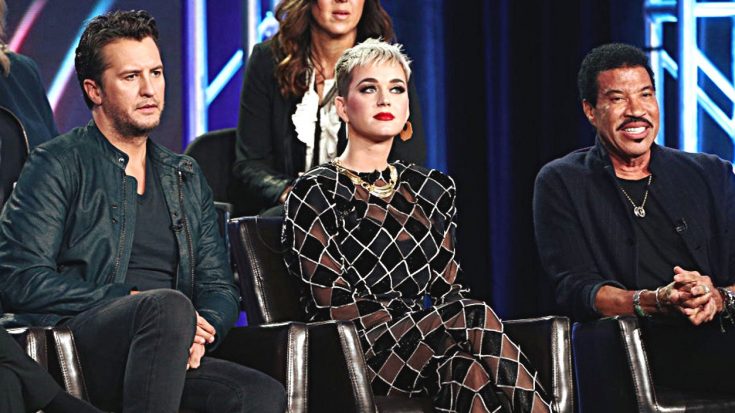 Idol Says Farewell In 2016…Then Returns

Long ago, American Idol was king when it came to singing competition series. But as it grew older, love for the show diminished.

As a result, the show made the decision to end its run after a total of 15 seasons. Even though its final season was heavily promoted as being its “farewell,” it wasn’t long before we learned that it would be getting a reboot.

It was reported that the new version of Idol would air on ABC instead of its previous home network, Fox. According to the Chairman and CEO of Fox Television Group Dana Walden, they were open to bringing Idol back, but wanted to wait a few years first.

But Idol‘s production company, FreeMantleMedia, wanted to bring the show back sooner. ABC eventually picked it up, and began searching for judges.

The first confirmed judge was Katy Perry, who is reportedly making $25 million for her role on the show. To put things in perspective, Fox News reports that the show’s original talent budget was $50 million.

According to the Wall Street Journal, the reboot judges are earning 60% more than the judges from any past season of Idol.

Losing The Ratings Race To The Voice

With such a hefty amount of money thrown at the judges, it was crucial for the Idol reboot to perform well ratings-wise. Unfortunately, it’s just not cutting it.

Idol currently airs on Sunday and Monday nights, which creates a bit of a problem for the show. While it stands alone on Sundays, on Monday it is forced to fight with its younger competitor, The Voice.

Even though Idol is the show that started it all where singing series are concerned, it just can’t beat out The Voice in the ratings race. On Monday (April 2), The Voice drew in 28% more viewers than Idol, according to Fox News.

Is Idol Doomed To Fail?

So why aren’t people watching Idol? It could be because many thought the show came back too soon after its farewell season. Another factor could be the judges themselves, particularly Perry, who has drawn criticism for her behavior on the show.

Yet another reason why Idol may be faltering is because the show has already gotten rid of some fan-favorite performers. Whatever the reason why, Idol‘s future definitely seems to be in jeopardy at the moment.

Since the show has been expensive to produce so far, it will be in serious trouble if it continues to lose viewership. While it seems like this season will go through to the end, it’s possible that this may be the actual final season of Idol.

Regardless of how the show is doing ratings wise, there’s no denying the fact that there’s some incredible talent on there this year. Watch one of our favorite country-themed auditions in the clip below.

What do y’all think? Are you watching Idol? Do you feel like this season may be its last?