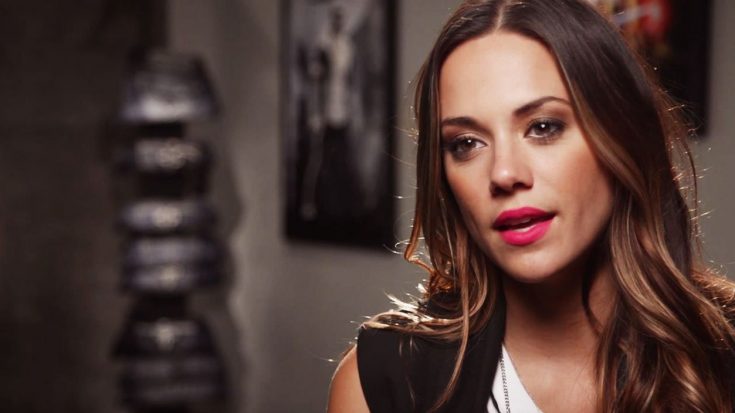 Just hours before she was scheduled to perform alongside other notable performers, the country star and dazzling dancer was forced to pull out at the last second.

The holiday country music fest is an annual even put on by 93.7 The Bull in St. Louis, Missouri and features a handful of top-notch country stars ringing in the Christmas season.

Sadly, this year, “Santa Jam” will not see Jana Kramer on stage due to an unforeseen illness.

Posted to the radio station’s Facebook page, a message about the change in lineup appeared earlier today and confirmed that Kramer would be unable to attend Santa Jam this year, but they had gotten a pair of replacements for her!

While nobody is more upset about missing the concert than Jana is, fans will surely be excited to hear from these two alternate artists who have some of the hottest new music on the radio!

“Unfortunately Jana Kramer has come down with the flu and is too ill and contagious to perform tonight at Santa Jam,” the station wrote on their social media account. “We hope she gets to feeling better soon! Filling in for Jana tonight will be Drew Baldridge and Michael Ray!”