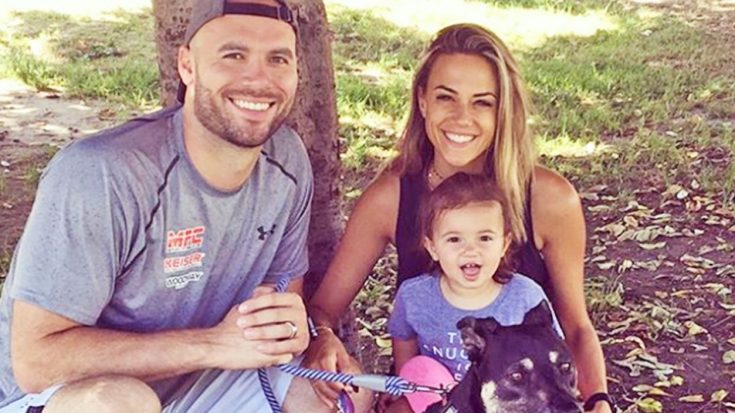 Jana Kramer fell in love with former NFL player Mike Caussin back in 2014, marrying him the following year in 2015. However, their fairytale romance hit a roadblock when the pair announced their separation in October 2016 amongst rumors of infidelity on Caussin’s part.

In the months that followed, Kramer and Caussin appeared to go their separate ways, Kramer going on to tear up the dance floor on Season 23 of Dancing With the Stars where she placed fourth. However, Kramer sparked rumors of their reunion back in late July when she posted a picture of herself, Caussin, and their daughter Jolie Rae enjoying a day at the park.

While the photo ignited rumors they were giving love another shot, Kramer never officially stated whether or not they were back together, until now.

The “I’ve Done Love” singer recently met up with former Bachelor contestant Olivia Caridi and host of CBS Radio’s Mouthing Off Podcast to discuss the state of her marriage.

“I haven’t made a statement because it’s like, I’m just focusing on our family and trying to figure it out.” Kramer shared. “It’s day-by-day. So, we’re not divorced. He’s not my estranged husband. He’s very much in my life. He is my husband. Legally, he is my husband. I have a ring on my finger. We’re actively working on it.”

Kramer went on to admit the “only reason” she is giving their marriage another try is seeing how hard Caussin is trying to become a “better version of himself and to be a better man and to be very present.” She also went on the praise him for how great of a father he is to their baby girl.

Jana gave such an incredibly honest interview. So what do you think? do you believe she’s making the right decision? Let us know in the comments as well as check out Kramer’s latest single, “I’ve Done Love,” below!