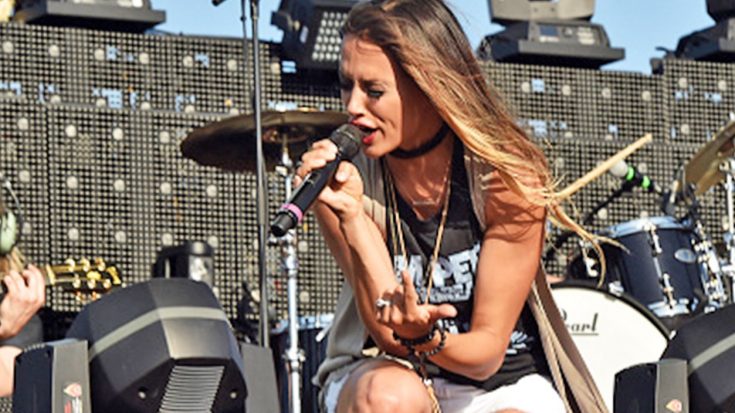 “The Harvey stuff is difficult,” shared country singer and former One Tree Hill actress Jana Kramer in an interview with Yahoo!.

Adding her name to the long list of women who have recently shared their stories of sexual misconduct in the workplace following the Harvey Weinstein scandal, the country singer is speaking out on the sexual harassment she endured in the beginning of her career.

Kramer left her hometown of Rochester Hills, Michigan to pursue her star-studded Hollywood dreams when she was only 19 years old. With the help of her then-manager, Kramer quickly landed an acting role in independent horror film Dead/Undead.

“I had a man helping me in the very beginning when I was 19, and he was like, ‘OK, I’ve done this for you. What are you going to do for me?’” Kramer shared. “And I remember in that moment being like, ‘Oh, my God! I am going to have to sleep with this man in order to fulfill my dreams.’ I ended up just bawling, crying, and having a panic attack, and he left.”

After the traumatizing ordeal, Kramer was ready to give up on her dreams if that was how she was supposed to achieve them.

“I called my mom and I was like, ‘I’m coming home. I’m going back to Michigan.’ And she’s like, ‘The hell you are!’ She said, ‘Don’t let a man try and take something away from you like that. Be the bigger person. Fight back,’” Kramer continued.

With the encouragement of her mother, Kramer persevered and found a new manager, the multi-talented artist going on to lead a successful career in both acting and country music.

“I’ll never forget that,” Kramer says, before continuing, “how easy it is for something like that to happen and for me to think ‘I can’t do this,’ and then they win.”

The country singer recently signed on as an ambassador for female-run Little Black Dress Wines. Through her partnership with the organization, Kramer has become an avid volunteer for non-profit organization Dress for Success, which aims to “empower women to achievement economic independence.”

You can hear Kramer’s latest single “I’ve Done Love” below.