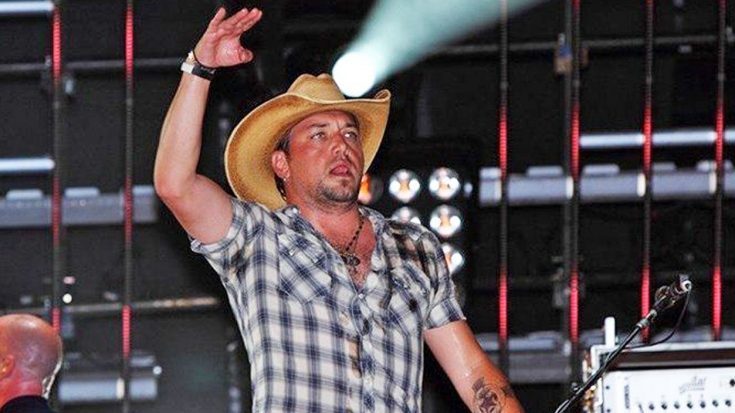 Country music star Jason Aldean has been tearing up country music charts and with his recently released album They Don’t Know, a masterpiece filled with an abundance of incredible beats and anthems! Aldean sat down with Rolling Stone to talk music and, like they always do, this interview turned a bit personal!

The singer was asked about his 2010 released song “My Kinda Party”, one that has been deemed as “an anthem for rural and Middle America” in light of his previous description of the men and women he sings about as being “stereotyped”. Aldean took this opportunity to speak from personal experience. He explained,

“I heard a lady say it on the news the other day. She’s talking about Trump speaking to people who made under 60 grand a year. And she’s in New York, and she says, “To be honest, I don’t even know anybody that makes under 60 grand a year.” No offense, but that’s where I came from… The common person out there, the everyday guy who is going to work and wanting a normal life for his family, he doesn’t work on Wall Street… that guy still has a voice. And there is a lot of them out there who feel like they’re forgotten about.“

The crooner wasn’t finished, adding, “When it comes to elections, anybody just wants to feel like they’re being heard… Trump, like the guy or not, he was out there busting his butt on the campaign trail, talking to these people and putting it in laymen’s terms for them, listening to what they had to say. He wasn’t just focusing on the big companies and the big cities. He was digging in to the heartland of America. You saw those people come out in a big way to support that because they want to feel like they have a voice too.”

While Aldean admitted that he was unable to vote due to a recent move and lack of registration in his new county, he said this was the first time in a very long time that he hasn’t voted in an election. Although the singer shut down an opportunity to reveal who he would have voted for, his passion for the working class is admirable to those who can identify with a similar upbringing.