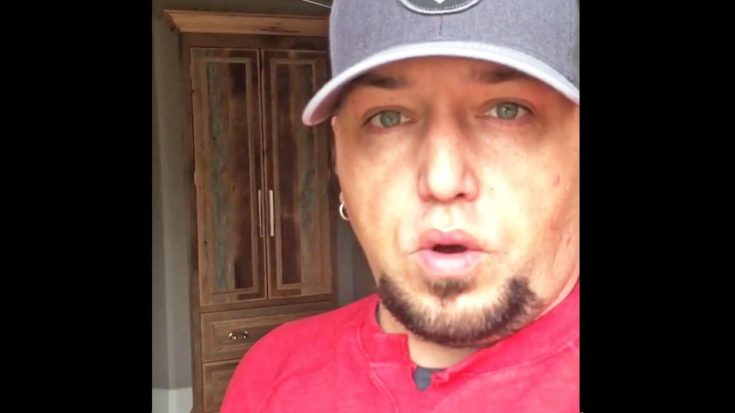 A few days ago, Jason Aldean took to Instagram to express his frustrations with a pesky armadillo that had been terrorizing his lawn.

For months he had set out traps to “catch the dude”, but had no success. One day, he was standing in his bedroom and looked out the window to see the armadillo on his front lawn!

“There he is. Laughing at me,” Aldean says. “I’m gonna shoot him with a shotgun.”

His wife, Brittany Kerr, puts her foot down and threatens him saying, “I’ll shoot you!” Aldean lets out an evil laugh, which makes us think that he will do something about the armadillo the second his wife leaves the house! He is a hunter, after all.

Thursday afternoon (Dec. 22), Aldean posted an update about the armadillo on social media. He shared a photo of the armadillo in a trap with the caption, “#GotHim”.

Comments flooded in with fans own encounters with armadillos, some even suggesting he cook it or make a wallet out of it! Others have said he should make a parody of his hit song “Amarillo Sky” and change the words to “Armadillo Sky”.

No word as to what Aldean and Kerr will be doing with the armadillo, but they definitely should not touch it! They are known to carry many diseases!