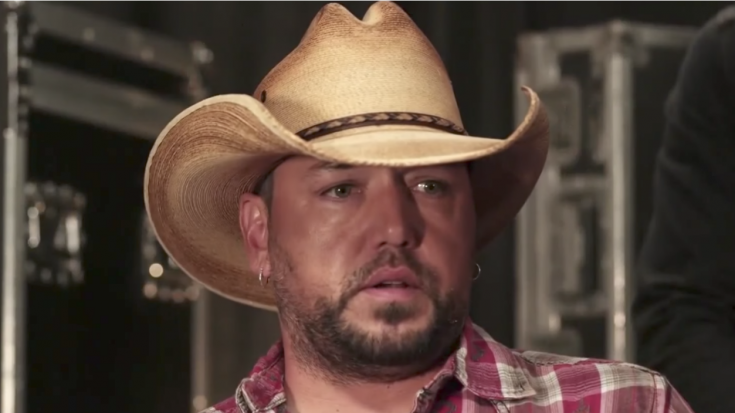 During an appearance on the TODAY Show Tuesday morning, Aldean recalled the horrifying moment that the gunman opened fire during his set. Aldean was performing when a sudden popping noise interrupted him. At first, Aldean thought there was a problem with the sound equipment before noticing that people on stage were signaling for him to run.

“I thought a speaker had blown. It just sounded like a crackling something,” the country music star told TODAY’s Sheinelle Jones.

The noise stopped briefly and Aldean assumed the problem had been fixed, so he kept singing.

“Then it happened again. And it lasted longer the second time. And so then I was actually kind of getting aggravated. So I looked over at my monitor guys that’s on the side of the stage as if to say ‘What is that?’ and ‘Fix it,'” he recalled.

“And so when I turned to look, my guitar player had run behind me and was telling me to move, like ‘Let’s go!’ and my security guy was running on stage telling me to run.”

Aldean and his crew escaped without injury, but the gunfire continued.

“Everybody just kind of panicked, and didn’t really know where to go, or what to do,” he said. “It was just kind of crazy, pandemonium.”

Aldean flew home immediately to be with his family and canceled his concerts on the weekend following the shooting, but didn’t stay off the road for long as he was committed to being there for his fans.

“Honestly, being back on stage probably helped us more than anything, which is crazy,” he said.

Aldean was just one of many country artists who performed Sunday at the Country Rising Concert. The benefit raised more than $4 million to aid victims of recent tragedies including the Las Vegas massacre.

See Jason Aldean’s interview with the TODAY Show below.