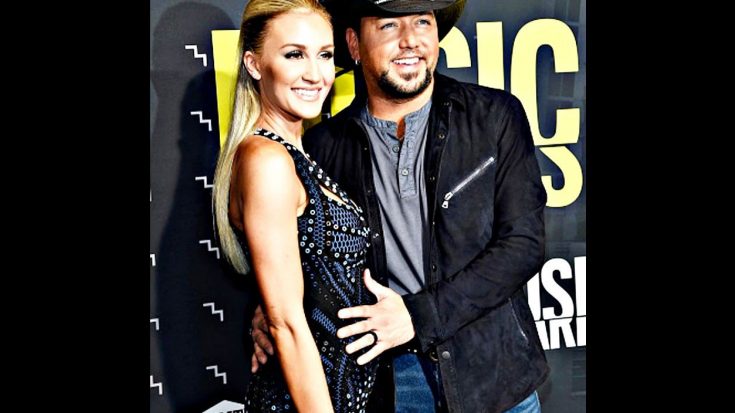 After revealing the baby’s gender recently, this country crooner admitted that they have been hiding a big secret about their first child together.

Jason Aldean and Brittany Kerr Aldean have been married for over two years and Aldean has two daughters from his first marriage, but over the course of the last couple months Aldean and Kerr shared the great news with fans that they would be welcoming a bouncing baby boy to the family!

With all the excitement surrounding the original pregnancy announcement, and then the following gender reveal, many fans have brought forth questions about the upcoming newest little Aldean member – but there is one big secret Jason Aldean says he and Brittany are not willing to divulge…yet.

According to a recent interview with Big 95.5 Chicago, Aldean and Kerr have already picked out a name, but that’s a secret they’re going to hold on to for a while.

“That’s one of the things were kind of keeping under wraps a little bit right now,” Aldean admitted. “Actually, we had a ton of names, [but] there was only one where we both went, ‘Yeah, that’s cool.’ So there’s only one that we agreed on, so I kind of knew that was going to be the name early on, and I think that’s what it’s going to be. Coming soon.”

We can’t wait to find out what these two lovebirds chose as a name for their little bundle of joy!

What do you think about them keeping the name a secret? Do you have suggestions or thoughts on what they might have picked out?