Jennifer Nettles Is No Longer The Host Of ‘CMA Country Christmas’ – Who’s Her Replacement?

By Miranda Raye on September 14, 2017
Advertisement 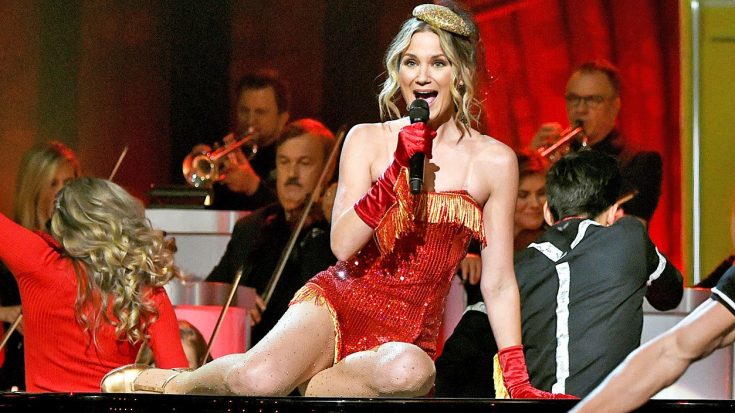 For the past several years, Jennifer Nettles has helped us ring in the holiday season as the host of CMA Country Christmas. But as the CMA announced on Wednesday (September 13), Nettles will not be serving as the host of the special this year.

Instead, CMA Country Christmas is welcoming a new, but friendly face as its host. This iconic artist has performed on the special in the past, and also has some hosting experience under her belt. All of that makes her the perfect person for the position!

So who could it be? None other than country legend Reba McEntire, who has recorded three Christmas albums over the course of her career.

McEntire shared the news in a video she posted to social media. She revealed that she has always looked forward to watching the special in years past:

I’m so excited to announce that I’m hosting #CMAchristmas Monday, November 27th on ABC! AND, @cma has your chance to win a signed copy of my soon to be re-released #MyKindOfChristmas CD with brand new songs! See link in profile to enter. #MerryChristmas

In addition to all of that, McEntire will have a whole bunch of material to perform during the special. She is prepared to release an updated version of her 2016 Christmas album My Kind of Christmas, which will feature new songs and collaborations with artists such as Vince Gill, Kelly Clarkson, and Trisha Yearwood.

According to People, the planning surrounding CMA Country Christmas is still in its early stages. No lineup has been announced yet, but we’re hopeful that some of McEntire’s friends and collaborators can join her for the special!

McEntire said “it will be hard to fill [Nettles’] shoes,” this year, since she was such a beloved host. But we have a feeling she will do just fine!

Get yourself in the Christmas spirit by watching McEntire perform “Silent Night” with Clarkson and Yearwood during Clarkson’s televised Christmas special from 2013.

This year’s CMA Country Christmas will air on November 27, so mark your calendars! We know you won’t want to miss it!