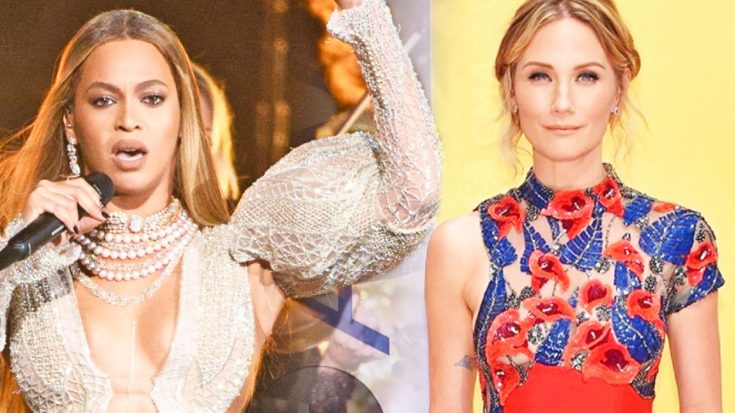 Ever since Beyoncé took the stage alongside the Dixie Chicks at the 2016 CMA Awards, country stars one by one are sharing their two cents on the matter. Country artists have since come to the popstar’s defense while others continue to rage war on her inclusion in one of the most sacred nights in country music. Jennifer Nettles recently made it crystal clear which side of the argument her opinion falls.

The country singer sat down with PEOPLE the morning after to discuss her thought on the matter. Turns out the Sugarland songstress is a big Beyoncé fan!

“My only regret is that I wasn’t able to go and ask her, ‘Look, can I just be in the way background, not even on camera, but just dancing?’” said Nettles. “I’m a simple girl —I just need a long ponytail extension and I will get back there and have the time of my life!”

She went on to describe the countrified performance Beyoncé’s “Daddy Lessons” as “fantastic” and that she was pleased to see the song performed in a more country arrangement.

You can watch the controversial performance in the video below and be sure to let us know your opinion on the matter in the comments!