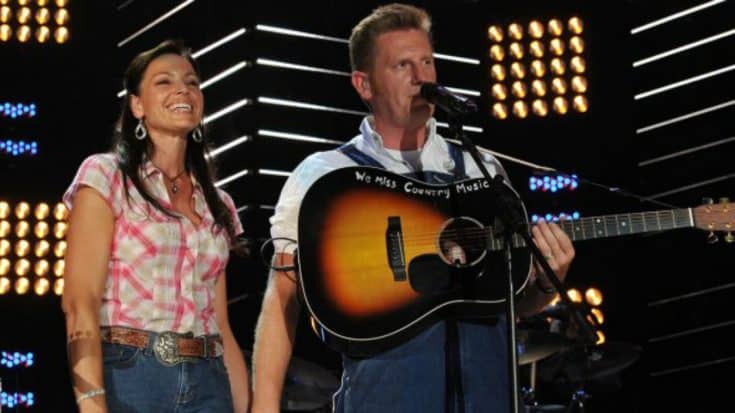 When Rory Feek started documenting his wife Joey’s cancer battle on his blog in the summer of 2015, the duo gained a large number of new fans. Some came out of curiosity, some remembered the couple’s appearance on CMT’s TV show Can You Duet, but most were drawn to Rory’s brutal honesty and undeniable love for his wife.

Rory opened his heart and let us not only get a glimpse into the very personal time in his life, but also a close-up look at the realities of cancer.

In 2008, Joey+Rory competed in a brand-new CMT show called Can You Duet where they ultimately placed third. At the time, Rory was already a successful songwriter having written number one hits for Blake Shelton, Clay Walker, Collin Raye and others

Joey was running the family-owned diner, but had a dream to sing country music. In the audition tape for Can You Duet, long before her cancer battle began, the couple gave us a raw, unfiltered look at their life. We see a husband and wife team with brilliant musical abilities, immense love for each other, and a shared dream of becoming country stars.

“Joey’s a singer. She’s got a gift. She opens her mouth and the world moves. At least mine does,” said Rory. “Joey moved down here from Indiana 8 or 9 years ago to chase the same dream that I did. To make her mark in country music.”

And she has made a mark. Through Rory, we have all fallen in love with Joey. We’ve fallen in love with her voice, her courage, her family. Joey has been given an opportunity to reach thousands with her message of hope and faith, a gift that she hasn’t taken lightly. At every turn, the couple has shared their faith with anyone who was willing to listen.

“I know that the career that Joey and I have had – this amazing last 7 years or so – has only been, because God reached out His powerful hand and chose us,” Rory wrote in October. “ He lifted us up from our little farm. and let us see and do things beyond our wildest dreams.  And you can’t be in awe of an amazing road that God leads you down, and then be any less in awe of a corner that He has you turn.”

Sadly, Joey passed away in 2016, but videos like this help keep her memory alive.

Watch Joey+Rory’s Can You Duet audition video below to see how this couple’s dream started becoming a reality.