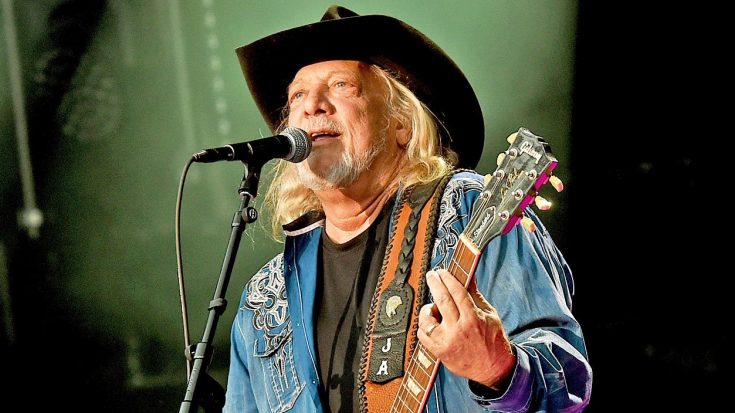 At the beginning of August, country icon John Anderson was forced to cancel his appearance at the Main Street Music Festival in Albertville, Alabama. Citing “unforeseen and serious medical issues” as the reason for his cancelation, Anderson’s team said he was under the care of a doctor in Nashville.

Anderson’s team continued to update fans on his condition, originally saying that he was canceling all shows through August 12. While Anderson’s team made it clear that he was “on the road to a full recovery,” he ended up needing more time to rest.

On August 25, Anderson’s team provided a statement to the Shooting Star Casino in Minnesota to announce that he was canceling all of his remaining shows scheduled for August. They named Anderson’s ongoing health issues as the reason for the cancelations, and also noted that he had undergone surgery.

After everything he has been through, it seems that Anderson is finally ready to get back on the road. As announced via a press release issued on Wednesday (August 30), Anderson is ready to pick back up with his scheduled performances starting on Sunday (September 3).

“I am thankful for the outpouring of prayers from friends and fans,” Anderson said in the statement. “All medical procedures went great and we’ll plan on seeing you all real soon.”

Those who wish to catch Anderson in concert this year will have plenty of opportunities to do so. He has shows scheduled through December, with the last one taking place on December 2 at the Beacon Theatre in Hopewell, Virginia.

One song fans are sure to hear at Anderson’s shows is his number one hit “Swingin’.” The song was released off of the album Wild & Blue in 1982, so it’s celebrating its 35th anniversary this year! Watch Anderson perform it in the video below.

We’re happy to hear that Anderson is feeling better, and wish him well as he continues on his tour!