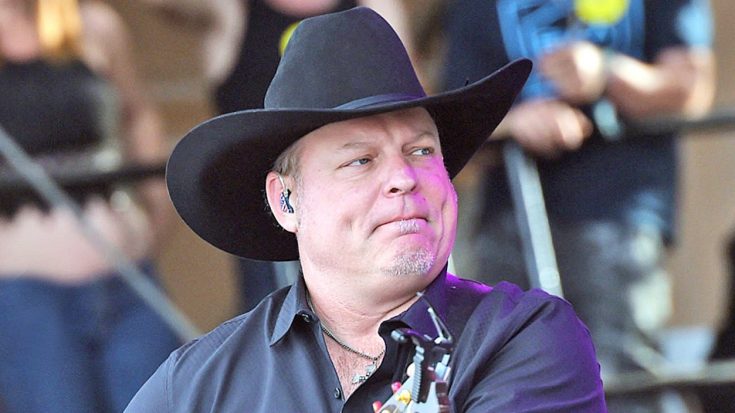 Few country singers have ever been able to match the level of success that John Michael Montgomery has managed to reach. Over the course of his career, Montgomery has placed over 30 singles on the Billboard country charts, with seven of those singles being number one hits.

Two of Montgomery’s songs were named by Billboard as the number one country songs of 1994 and 1995. Those two songs were “I Swear” and “Sold (The Grundy Country Auction Incident),” and country fans still enjoy listening to them today.

Montgomery’s most recent album, Time Flies, was released in 2008. Although he hasn’t been in the recording studio in a while, Montgomery has been hard at work on the road. His tour runs through December 7 this year, with the final show being at the Golden Nugget Hotel & Casino in Las Vegas, Nevada.

Montgomery revealed that he has developed laryngitis “due to vocal fatigue and inflamed vocal cords.” He is unable to sing as a result, which is why he needed to postpone the two shows.

“My apologies to everyone,” Montgomery wrote in his statement.

So far, there has been no news of when the two shows will be rescheduled. In the meantime, fans are hopeful that Montgomery will get to feeling better before his show on September 15 at the Allegan County Fair in Allegan, Michigan.

We’re sending our well-wishes to Montgomery, and hope he makes a quick and complete recovery!