By Jennifer Pernicano on July 20, 2015
Advertisement 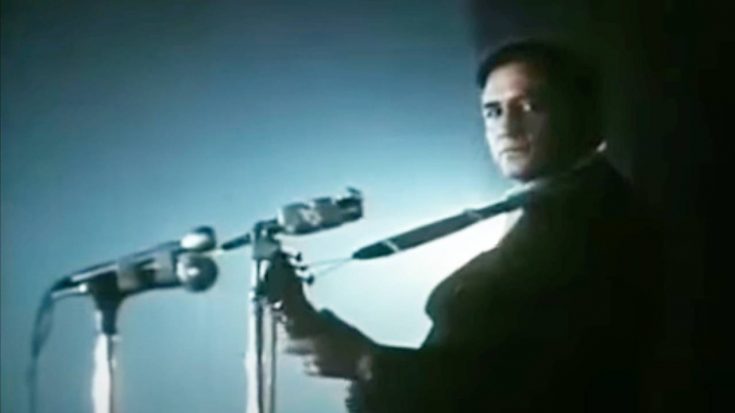 Although Johnny Cash carefully cultivated an outlaw image, he never actually served a prison sentence. His imagination took him to prison in his song  “Folsom Prison Blues.”

Johnny felt great compassion for prisoners.  He started performing concerts at prisons in the late 1950s, which led to him recording en entire album at Folsom Prison. Other prisons he played include San Quentin, Tennessee State Prison, and a few prisons in Sweden.

“Folsom Prison Blues” was written by Johnny Cash after he saw the 1951 film Inside the Walls of Folsom Prison. In an interview, he spoke about how he came up with the lyrics “But I shot a man in Reno, just to watch him die.” He said, “I sat with my pen in my hand, trying to think up the worst reason a person could have for killing another person, and that’s what came to mind.”

Considered one of his signature songs, Johnny performed “Folsom Prison Blues” for decades and at Folsom Prison itself on January 13, 1968.  That performance ended up on his album At Folsom Prison and went straight to No. 1 in 1968. This version also won Johnny a Grammy for Best Country Vocal Performance, Male and was named the number one single of the year by Billboard.

And take a listen to his #1 recording of the hit song below!