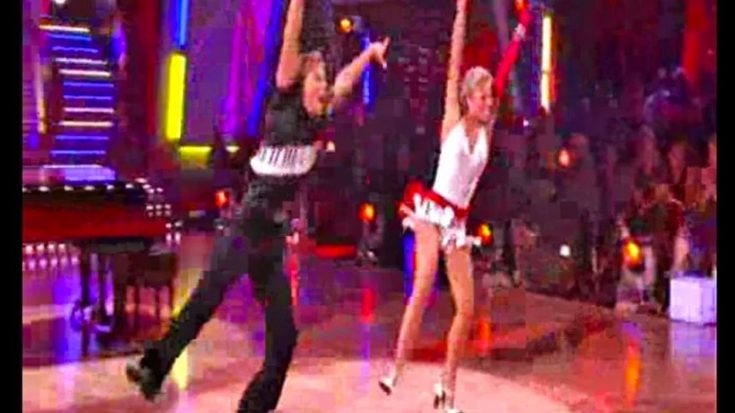 This amazingly talented set of siblings is back at it again with one of the most impressive performances that showcase just how incredible they are – especially when they work together!

As you watch this stunning Dancing With The Stars performance by these longtime dancing pros, you will easily remember why they have been a part of nearly every season!

Storming the stage dressed in piano-themed outfits, Julianne and Derek Hough are welcomed by a roaring applause that proves they’re some of the most-loved performers the show has ever seen. Immediately after Jerry Lee Lewis’ “Great Balls of Fire” comes on over the sound system, Derek descends a sparkling staircase toward the piano occupying the center of the dance floor, but when he opens it – the audience lost their minds!

If you’re a fan of the Hough siblings (like most are) this is one performance you absolutely cannot miss!

The entire dance with music and costumes was part of DWTS’ “Design-a-Dance” competition which allowed viewers and audience members to vote on the performers, song choice, dance style, and costumes for the performance.

Watch this stunning video below and let us know what you think in the comments!