Julianne Hough Reportedly Not Returning To ‘Dancing With The Stars’ 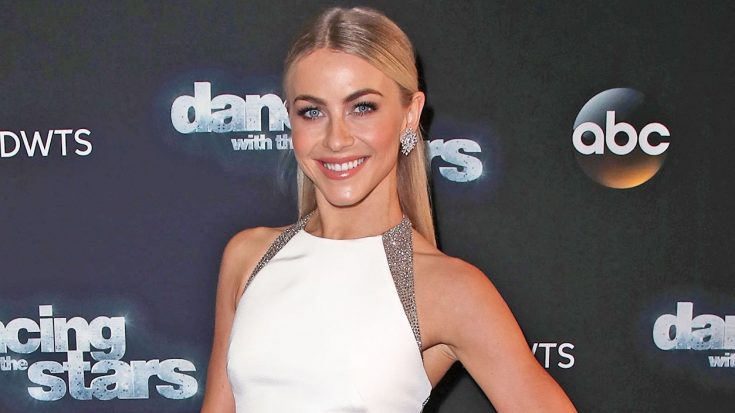 With the 25th season of Dancing With The Stars kicking off in just a few days, fans are on the edge of their seats waiting to watch their favorite professional dancers pair up with the newly announced cast of celebrities, which includes NBA star Derek Fisher, singer Debbie Gibbons, boy bander Nick Lachey, and former teen star Frankie Muniz.

Reports have surfaced that there is going to be a change-up at the judging table, moving from four judges, back to the original three, Carrie Ann Inaba, Bruno Tonioli, and Len Goodman, meaning pro dancer-turned judge Julianne Hough will not be returning to the ballroom.

According to E! News, a Dancing With The Stars source told them, “We are thrilled to have Len, Bruno and Carrie Ann back in the ballroom and look forward to welcoming guest judges wherever possible.“

Hough joined DWTS as a professional dancer in 2007 and won her first two seasons with speed skater Apolo Anton Ohno and racecar driver Hélio Castroneves. She competed in three more season before taking time off to launch her country music career, as well as her acting career.

She returned to the ballroom as a guest judge during seasons 17 and 18 and was promoted to full-time judge for seasons 19-21. Hough took season 22 off before returning full-time again for the 23rd and 24th seasons.

There’s no telling whether or not she is done with Dancing With The Stars for good, seeing as she’s left and come back before, but we do wish her well in her next endeavor!

She will stay busy with her activewear line MPG by Jules, her lifestyle blog, and being a spokesperson for MEinEndo, a company bringing awareness to endometriosis.

Take a look at her dance with Ohno that helped her win her first mirror ball trophy.