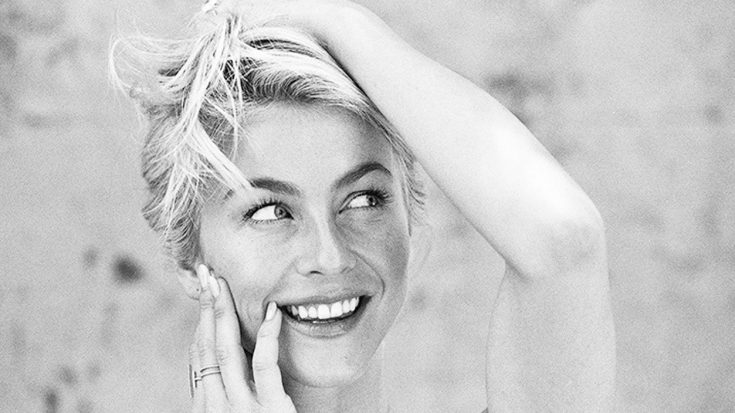 Julianne Hough is returning to the small screen! Unfortunately, she is not set to come back as a full-time judge on Dancing With The Stars, but fans will hopefully be able to see her work week after week.

According to Deadline, the multi-talented Hough will be starring in a new TV show on Fox called One Hit Wendy. The publication reports that Fox has put a “pilot commitment” on the one-camera sitcom, helmed by Life In Pieces co-executive producer Lesley Wake Webster, It producers David Katzenberg and Seth Grahame-Smith, and songwriter Dianne Warren.

She will play the titular character, Wendy, a one-hit wonder who is now guiding her very talented niece through the music industry and encouraging her not to make the same mistakes she did many years ago.

The dancer, actress, and singer may bring some of her real-life experiences in the music industry to the table. She previously released a country music album in 2009 and even won the ACM Award for Top New Artist and Top New Female Artist. Although she had a second record ready to go, she never released it and instead, dove head first into acting and judging on Dancing With The Stars.

She has acted in several movies including Rock of Ages and Safe Haven and starred as Sandy In Fox’s Grease Live! Hough shared her excitement on her Instagram page.

Watch Hough about the “next chapter” of her life, which includes acting, below.