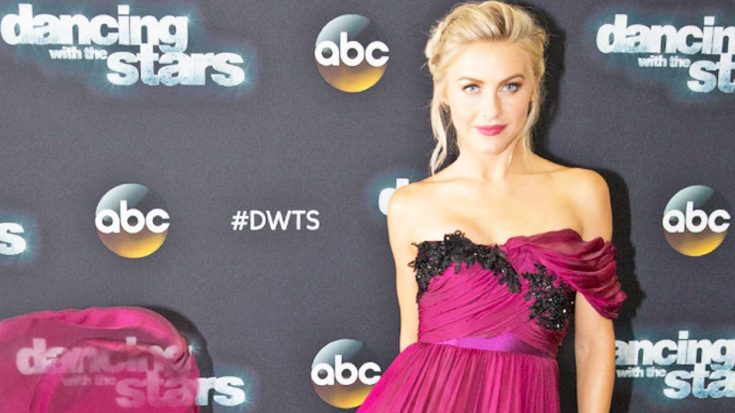 Looks like Julianne Hough is getting back into the acting business! The two-time Dancing with the Stars champion has been enlisted onto ABC’s freshman comedy Speechless.

The comedy series premiered Sept. 29 and was quickly picked up for a full 22-episode season upon release. Speechless follows the DiMeo family and the unique challenges they face with a son, JJ, suffering from cerebral palsy. The family uproots their lives from a rundown town in exchange for a middle class neighborhood in an attempt to improve their welfare. The family quickly learns that they exchanged their old problems for new ones, tackling them in a sometimes questionable and comical manner.

Hough is set to guest star in the ninth episode of Season One taking on the role of Miss Bloom, a strikingly beautiful young choir teacher to a mute JJ. The network has yet to report on the status of her role as a recurring or solely guest.

Currently acting as a judge for the present season of DWTS, Hough has previously starred in Grease: Live, Burlesque, Footloose, Safe Haven, Rock of Ages, and much more.

You can watch the trailer for Speechless in the video below and be sure to let us know what you think in the comments!