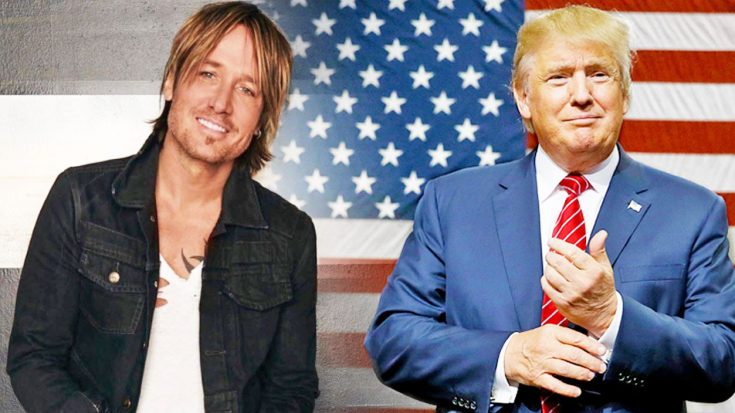 As one of the only major country singers not originally from the United States, many people are left wondering what Keith Urban thinks about the current state of politics in America. While the country singer has never openly endorsed one political party, he believes in doing “what’s right” for his country.

So if the time were to come that the Australian singer was asked to perform for President Donald Trump, would he say yes?

“First of all, I’m an American citizen, and I support supporting our country as a citizen,” the country singer said according to The Hill. “I would like to probably answer that question when it comes up…But I’m a citizen, and I like to do what’s right.”

His need to do what’s best for his country shouldn’t come as a surprise seeing as Urban’s wife and Oscar-winning actress, Nicole Kidman, was one of the first Hollywood figures to speak out in favor of supporting the newly elected President.

“So I just say, he’s now elected, and we as a country need to support whoever is the president because that’s what the country’s based on.” Kidman said in an Interview with the BBC.

The Australian power couple are notorious advocates for American citizens doing their civic duty for the country, posing in an Instagram photo together with “I Voted” stickers on this past November urging their fans to get out and make their voices heard.