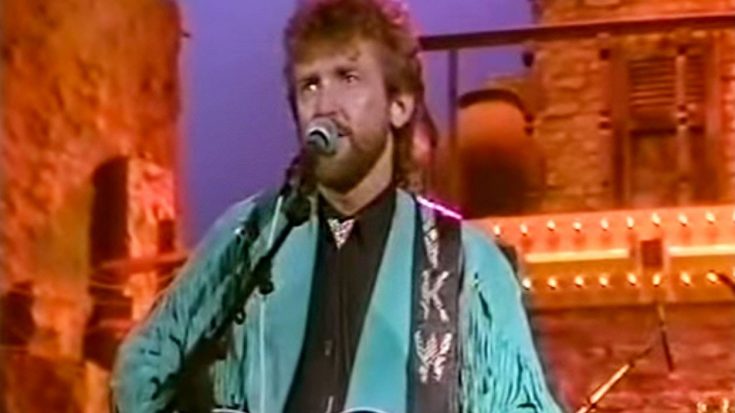 Country music star Keith Whitley caused a little rain of his own when a breathtaking performance of his hit single sent viewers and fans to tears! Performing the somber ballad “No Stranger To The Rain,” Whitley mesmerized fans with his rich vocals and unique talent, falling captive to his emotional lullaby.

In 1989, Whitley picked up a number one single on the Billboard charts for this ballad, as many listeners took kindly to the melancholy tune and tempo of this chilling hit. However, the singer’s chart-topping success would unfortunately come to an end, as this was the last single he would see be claimed at the number one spot on the Billboard charts during his lifetime.

At 34, Whitley’s life was taken away from him, yet his music and spirit is alive and well, residing in the hearts and lives of fans that cling dearly to this star’s timeless talent.

This video was taken at the Wembley International Festival of Country Music, which became Whitley’s only performance in the UK.

Watch this glorious live performance and see why so many people are loyal fans to this spectacular artist.