Kellie Pickler Finally Confirms The Inevitable About Her TV Show 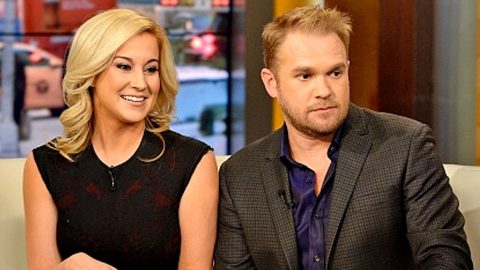 Breaking the news to her fans on social media, the country music singer and reality television show personality opened up about the future of her current TV project, I Love Kellie Pickler.

The CMT original television show, which features country singer Kellie Pickler and her songwriter husband, Kyle Jacobs, has been airing for a total of two seasons and 25 episodes. In the series, cameras follow Pickler and her husband throughout their daily lives and highlights their hysterical antics – showcasing both of their bright personalities.

In a recent tweet to her fans, the longtime country personality shared the latest news about her television show, confirming that it would be returning for a third season!

Additionally, the network hosting and producing the show, CMT tweeted about the renewal of the show, saying “#ILoveKP will be back for Season 3 soon on CMT!”

Thousands of fans everywhere were thrilled to hear of the revival and quickly shared the tweet all over social media.

Recently, Pickler has been performing shows around the country and even sat down for a sweet interview with Redbook Magazine about her wedding day.

Watch one of the great clips from her TV show below and let us know if you’ll be tuning in for the third season in the comments!