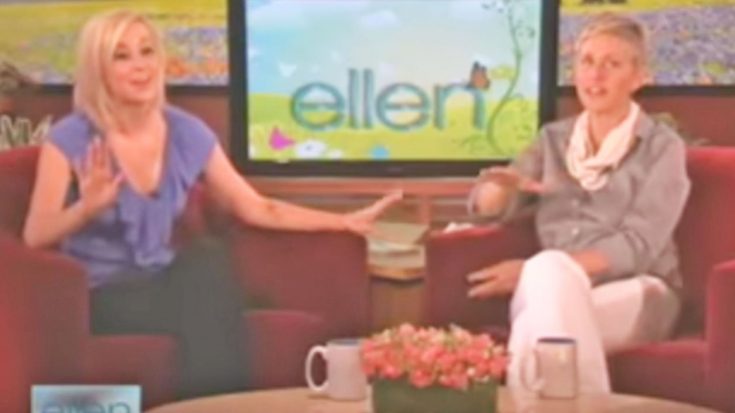 Kellie Pickler is one of America’s real sweethearts, catapulting into fame following her impressive stay on Season 5 of American Idol back in 2006. While the North Carolina-native didn’t take home the Gold on the singing series, she has managed to remain in the spotlight through her quirky antics and humble spirit.

The country singer met up with talkshow host Ellen DeGeneres back in 2010, Pickler sharing her opinion that The Ellen Show is the best talkshow because she’s right next door to Clint Eastwood’s office.

“You have no idea I am the biggest Clint Eastwood fan,” shared Pickler. “Oh my gosh, I just want to lick his face! I love him! Not really, I think he’s married, sorry,” an excited Pickler said.

“I was gonna say, I was gonna try and introduce you and then you said that,” replied DeGeneres after Pickler made her hilarious reveal.

“If I ever met him, I mean I probably wouldn’t lick his face because that’d be disrespectful but like I would think about it, but I’d just give him a high five,” Pickler said.

In a later appearance on the talkshow, DeGeneres makes Pickler’s childhood dream come true when she surprised her with Eastwood, the country singer doing more than just high five the suave actor.