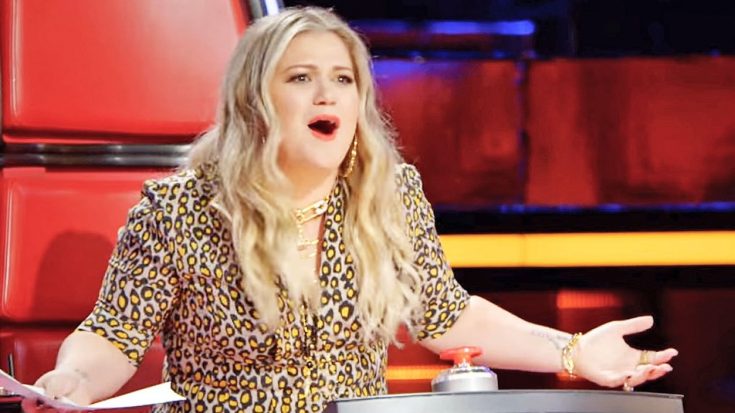 The next season of The Voice hasn’t even aired yet, and Blake Shelton already has several coaches coming after him!

It goes without saying that Adam Levine is determined to beat Shelton, since the two have been “enemies” ever since the show started. But Shelton faces a couple of other challengers this season, and they’re going to give him a run for his money.

Alicia Keys has made it clear that she has returned to The Voice in order to put Shelton back in his place. Keys won the last time she coached on The Voice, and she is determined to repeat that feat again and embarrass Shelton in the process.

“He was just so crushed that I beat him so thoroughly when I did,” she told Entertainment Tonight. “I hope to be able to experience that again.”

If Shelton thought he could find refuge with his longtime friend and new coach Kelly Clarkson, he was mistaken.

During an interview with Parade, Clarkson confessed that she has been bickering with Shelton on the set of the show. When asked if she had to fight with Shelton over some of the younger contestants during the blind auditions, Clarkson said this:

“I’ll tell you what I had to freaking fight Blake on. People think they’re betraying country music when they don’t pick him. It is hard to get a country artist on your team. We did, but it was really hard. It’s a really hard thing to navigate when he’s been on there for fourteen seasons.”

While Clarkson obviously gets a kick out of pestering Shelton, she says that he enjoys getting back at her. She referenced how she’s been part of a lot of other competition shows in the past, but he and Levine seem to forget that.

“I always laugh when Blake and Adam are like, ‘Well, it’s your first time.’ I’m like, ‘It really isn’t. I’ve really been doing this longer than you,’” she said. “It’s cool. They always like to pick at me, so I’m cool with it, that means I’m threatening.”

The coaches’ little fights always make for hilarious moments on The Voice. We can already tell that this season is going to contain a wealth of such moments! You can get your first taste by watching the coaches wish Keys a happy birthday in the video below!