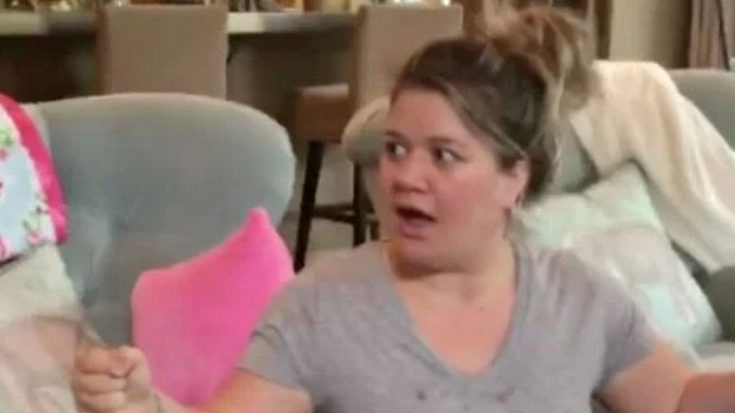 Kelly Clarkson received an early birthday present Friday (April 21) and her reaction can only be called epic.

The American Idol champ shared a video to Instagram of her reaction to the surprise. Clarkson, who will turn 35 on Monday (April 24), is seen arranging Scrabble pieces to form a phrase. One word at a time, Clarkson begins to figure out the surprise.

“A girl’s trip,” Clarkson says. “Is that what that says? Pack your bags…wait. What?”

“We’re going on a girls’ trip! But we’re not telling you where yet,” one of her friends says from off-camera. “We’re leaving tomorrow night.”

A shocked Kelly jumped up while exclaiming, “What?” then says, “I’m totally gonna cry!”

Clarkson’s excitement was still evident as she shared the video to Instagram.

“Woke up this morning to a birthday scavenger hunt that ended with an anagram!! Best surprise ever! #morninghair #whereisthegirlstrip #sweaty,” the caption read.

Watch Kelly Clarkson’s reaction to her huge birthday surprise in the video below.

Woke up this morning to a birthday scavenger hunt that ended with an anagram!! Best surprise ever! #morninghair #whereisthegirlstrip #sweaty