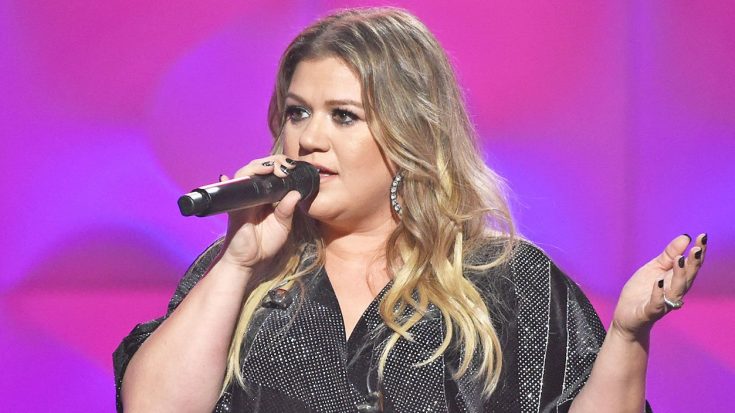 While singer Kelly Clarkson and her family, including husband Brandon and children Savannah (16), Seth (10), River (3), and Remington (1), may call Nashville, Tennesee home, they spend enough time in the Los Angeles area to have a home there.

It comes in handy when she is promoting a new album, like Meaning of Life, which was released on October 27, 2017. It seems she has made the most of her recent trip to Los Angeles. She had a killer performance at the American Music Awards with P!nk and most recently, took part in James Corden’s Carpool Karaoke segment on his late night talk show, which even featured a cameo from her husband!

On Thursday night (Nov. 30), she was honored with the Powerhouse Award at the 2017 Billboard Women in Music Awards.

Extra TV‘s Renee Bargh caught up with the American Idol winner before the event when she revealed some really scary news.

“We got robbed last night,” she said. “Yeah, it was crazy. We got here and our whole house was, like, bashed in. It was crazy.” Clarkson didn’t say whether she had filed a police report, and she didn’t say if anything of value had been stolen. “Materialistic things we didn’t care about,” the pop singer said. “The guy was in our kid’s room, so it was a little weird.”

Although she reassured Bargh that “everyone is safe and good,” we can’t imagine how scary it was for Clarkson and her family, especially since she has four children, two being extremely young. We are so happy to hear that her family is safe.

Watch Clarkson accept the Powerhouse Award at the Billboard Women in Music Awards below.