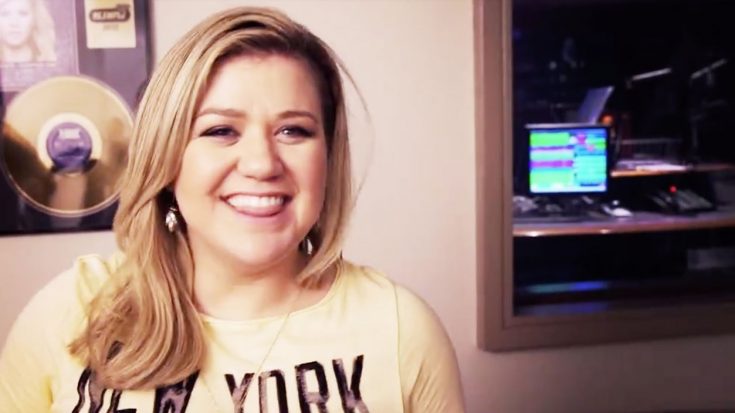 Released earlier this morning, the newest piece of music from this iconic songstress was unveiled by not only her, but a slew of other artists who collaborated on the project!

Kelly Clarkson is known for her stunning ability to make beautiful pieces of music and this has captured the attention of thousands in the industry vying for her to work on projects with them – so Kelly has to choose carefully and make sure it’s something she’s really passionate about!

In the newest announcement form the American Idol winner, she takes the wraps off of a new project she dove into but couldn’t talk about – until now!

Teaming up with award-winning musician Lin-Manuel Miranda and a bevy of other artists, Clarkson shows off her Broadway Musical chops with a fresh spin on Miranda’s iconic musical, Hamilton.

The project, titled The Hamilton Mixtape, is a collection of remixes and covers of songs from his smash-hit hip hop musical and features artists like Kelly Clarkson, Usher, Sia, Alicia Keys, Andra Day, John Legend and even brings Jimmy Fallon into the fold!

Been waiting to share the news with you! It’s Quiet Uptown #HamiltonMixtape pic.twitter.com/PozcgChaFJ

Clarkson will be singing “It’s Quiet Uptown” on the new album, which will be available for pre-order on Friday, November 4th and set for release on December 2nd.

Check out the original cast recording of the song below for an idea of what she will be bringing to the table!