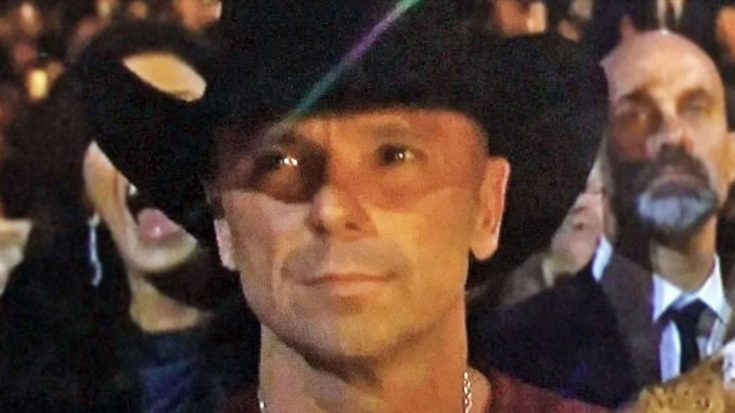 Kenny Chesney was honored at the 64th BMI Country Awards when he was recognized and awarded with the prestigious President’s Award. Seeing as the night was entirely fixated on honoring the “You And Tequila” singer, superstar comrades Keith Urban, Eric Church, and songwriter Dean Dillon paid their respects to the singer by performing some of his greatest hits!

As the tributes ensued, Urban spoke personally to the crowd and addressed the substantial impact that Chesney had implemented on his life, as well as music career. The singer opened up about touring with Chesney upon his second rehab visit, ultimately being encouraged by his counselors to reside in his own tour bus alone after performances in tour to eliminate possible temptations. According to Urban, Chesney was said to be annoyed with the singer who was allegedly “like a little hermit”, prompting the Australian to personally address Chesney and confess his drug-related struggles. The stars initiated a bond from that pivoting discussion and have remained close confidants ever since.

Urban gave an incredible performance to Chesney by performing his moving hit “I Go Back”, leaving the No Shoes Nation leader admitting to the LA Times, “Hearing those guys sing my songs back to me was one of the highlights of my life.”

“All those guys mean so much to me. And in their own right they are amazing songwriters and yet they’re up here tonight singing songs I wrote. It was very emotional. It was hard to wrap my head around it. I felt the gravity of the moment a lot.”

In reference to his the one-of-a-kind trributes, Chesney explained, “It brought me to tears, I couldn’t hold it back. My mother was the first person to hear [The Tin Man], and to have her sitting beside me tonight, that meant a lot to me.”

Chesney was also honored with the notable Pinnacle Award at the 50th CMA Awards.

“I do feel like it’s a page turning,” Chesney said of the honor. “And it’s a good page.”