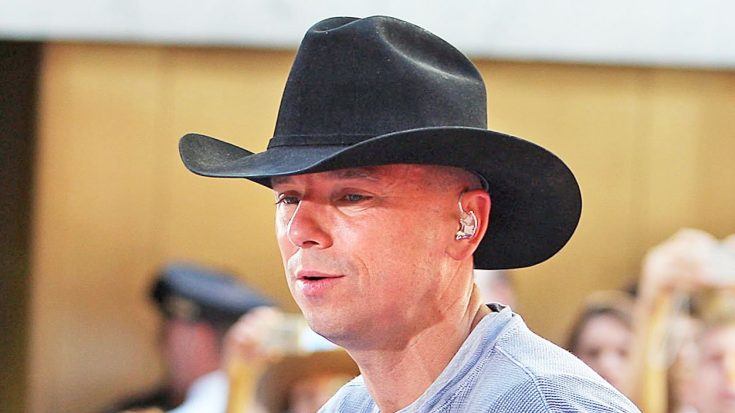 There’s no one in country music that loves the island life more than Kenny Chesney. His entire brand is based on his love for the slowed down, relaxed lifestyle he lives while at his house in St. John.

Several of his songs are influenced by his life there, and even if they aren’t, he enjoys showcasing it in his music videos.

On Wednesday (Sept. 6) , Chesney took to social media to ask his fans to pray for his friends in the islands who are affected by the Category 5 Hurricane Irma. He included a heartbreaking photo of some of the damage Irma has caused.

@noshoesnation, please pray for all my friends in the islands. #hurricaneirma

Hurricane Irma has been reported as the most powerful Atlantic storm in a decade and had winds as high as 175 mph. According to ABC News, “The National Weather Service projects Irma will be near the central Bahamas by Friday and then make landfall in south Florida, near Miami, on Sunday morning as a Category 4 hurricane, bringing high winds, abundant rainfall and potentially dangerous storm surge.“

The results of Hurricane Irma have been devastating and Chesney wanted the world to know how he felt about it. He penned an emotional letter about the storm and posted it to his website and social media channels.

“As daylight is hitting the islands, and we’re really getting a sense of how bad this all is…I don’t know what to say. I’ve never been in war, but the devastation, the people’s faces in a place I know by heart have left me feeling helpless. It’s total devastation,” he wrote.

“These are people who live off the sea, who depend on it. They live right there, and it’s gone. Most everyone’s displaced. They are frightened, confused, and they don’t know where help is going to come from,” he continued. “Those lives have changed and will never be the same. Those small islands are hard to get to and they rely on each other to get through what life hands them. For all of them, though, they’ve been where I’ve leaned for emotional and creative support for fifteen years because they are so generous.”

He vowed to help out, although he says he doesn’t know how yet, but he will find a way.

“I want to enlist my friends to figure out the best ways to make a difference, to help in whatever ways, small or larger, that we can. I’m blessed with so many great people… We’re already talking, trying to figure out how to get in there. And I know the No Shoes Nation is mighty. They’ve dug in before and made a difference. I have a feeling once we have our plans in the place, they’ll be there again,” he said.