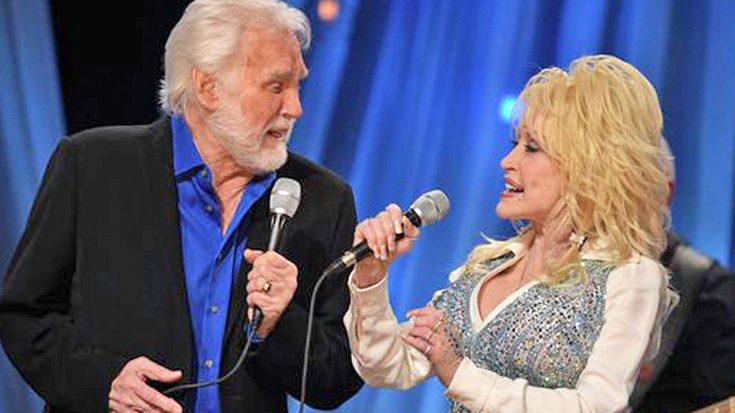 Country icons Dolly Parton and Kenny Rogers treated fans to a blast from the past in their nostalgic performance during Parton’s Smoky Mountains Rise Telethon. The two stars defied the stereotypes that urge older men and woman to quit their careers and put aside their skills when old age encroaches, as they channeled their lively personalities and relived their youth before our very eyes.

Singing their classic song “Islands In The Stream”, originally performed by the singers in 1983 and becoming their signature duet! From there, a friendship flourished and the two were continuously praised for their riveting stage presence with another, as well as their heartwarming chemistry.

While both stars are in their 70s, nothing held them from having the time of their lives on stage as they joked, giggled, and brought to life the song that has remained in the hearts of country fans worldwide. Parton even asked Rogers amidst laughs, “Can you step back and let me sing one?” as her iconic voice roped in the song’s following verse. Rogers even threw in a couple hand gestures with his performance as Parton ducked out of the way and laughed, “Don’t break my hair!”

We love seeing these two together! Watch their performance below!