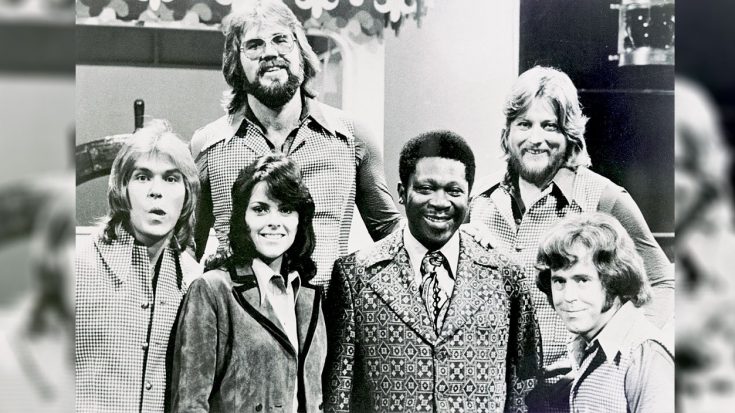 Before he became a country music superstar, Kenny Rogers tried his hands at a few other genres. If you can believe it, he actually played in jazz and folk groups in the early years of his career!

In 1967, Rogers made the jump into the rock world when he and some of his bandmates from his folk group decided to branch out in search of more success. The group they formed was called The First Edition. Since Rogers was the lead vocalist, the group eventually came to be known as Kenny Rogers and The First Edition.

The group gave its members the chance to obtain the success they had been searching for. Together, they scored a number of notable hits, including “Just Dropped In  (To See What Condition My Condition Was In),” “Ruby, Don’t Take Your Love to Town,” and “Someone Who Cares.”

While The First Edition was only together for nine years, the bonds the bandmates formed lasted a lifetime. In 2010, the group reunited for the first time in years to perform during a TV special in Rogers’ honor. They also staged small reunions throughout 2014-2015 to go along with Rogers’ induction into the Country Music Hall of Fame in 2013.

Sadly, one of Rogers’ First Edition bandmates, drummer and percussionist Mickey Jones, passed away on Wednesday (February 7). The 76-year-old was also an actor, and appeared in films and TV shows such as National Lampoon’s Vacation, Home Improvement, and Tin Cup.

After learning of his former bandmate’s death, Rogers took to social media to express his thoughts. He penned a heartfelt note in Jones’ honor, writing, “Heaven gained a really great man and a very talented drummer today.”

Rogers went on to write about how much he enjoyed his days singing in The First Edition with Jones. He also noted how they were both born in Houston, and said he loved that they shared that common piece of history.

Heaven gained a really great man and very talented drummer today. Rest well, Mickey Jones. I loved my First Edition days with you and sharing Houston as the place where both of us were brought into the world.

We think this was such a sincere way for Rogers to honor someone who surely meant a great deal to him as a bandmate and friend. Our hearts go out to Rogers and to all of Jones’ loved ones during this sad time.

Remember Jones and his talent by watching him perform with The First Edition in the video below.