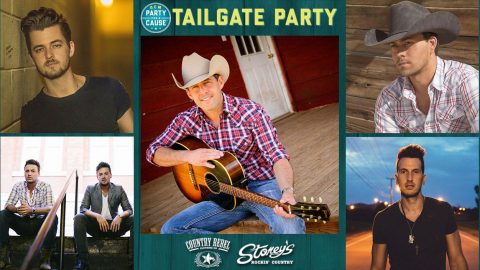 The biggest parking lot party of the year is about to happen and y’all will not want to miss out on it!

Taking place in fabulous Las Vegas, The ACM Tailgate Party For a Cause, presented by Country Rebel is set to be the blowout event of the year for country fans.

Filled with killer country acts performing on two stages, decked out with food trucks, BBQ stands, and one helluva dance floor, the 2017 ACM Tailgate is the place to be this spring!

The parking lot of Stoney’s Rockin’ Country in Sin City will be filled with some of the best and brightest country stars creating the most insane lineup and belting out your favorite songs.

If you don’t want to miss out on the biggest tailgate of the year, you still have time to get your tickets – and they start at just $25!

Check out a video from last year’s ACM Party For a Cause and be sure to get your tickets ASAP!